Skip to content
Oysters and Champagne in Food and restaurants April 11, 2020 538 Words

Today, Friday is the designated Family themed dinner. Last week # 1 daughter, the willowy blond and family did a Mexican themed dinner, they had a plus point on this, as they had lived there for about 5 years. NickinLaw has the most marvellous Mariachi suit, # 1 daughter looks the part of Frida Kahlo, the famous Mexican artist, and #1 granddaughter is perfect as her side kick, #1 grandson, as a Mexican wrestler, in Luce-Libre, whilst the youngest, who actually has a Mexican passport, decided to be a Princess, as of course they do have princesses in Mexico. 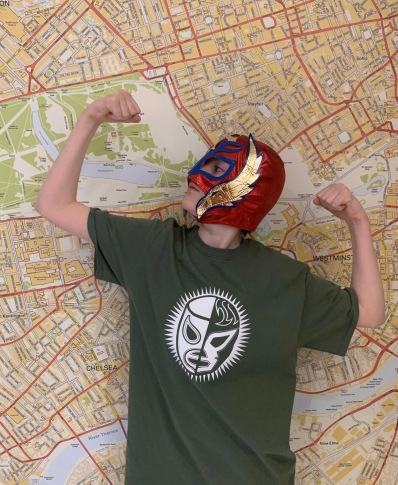 Not to be outdone, we planned our dinner tonight to be a “Go Texan” night. Texas, half believes itself to be in essence Mexican, well to be honest they think that their version of Mexican food is the way forward, but it is not. The food in Mexico, is superb, whereas, after 9 years of living in Texas, I think that Texas has a lot to learn. However,  they do make good Margaritas, hamburgers, Barbequed Brisket and the like. Every year ( but not this year for obvious reasons,) the Houston Lifestock and Rodeo is a really big deal. There really are Cowboys, whose sole job is to go form rodeo to rodeo and the hope of winning big money rising the bulls, and if you have ever seen the film ” Midnight Cowboy” then you will get a taste for Texas. And Yes you can practice riding a bull, on a mechanical one as seen in the film at a place called Gilleys ( sadly no more) and yes the men do dance with a beer bottle stuck in their jeans back pockets ! 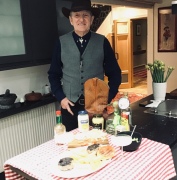 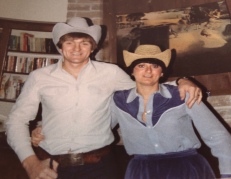 But Number one daughter and family went even better, and had an Indian theme.

I can see we will really have to try harder next week ( but where were the others?? Umm don’t know)!

There are many versions of Guacamole, and I have tried them all, but this one i think is the best and comes courtesy of Ella Canta, and upscale Mexican, in the Intercontinental on Park Lane London.

Simply chop the onion and leave it to soak in the lime juice, can be for an hour or more. When ready to eat, smush the avocado and mix it with the lime juice, onion, coriander and salt. Oh so easy and Oh so tasty. left overs can be refrigerated.

Margaritas, again there are many versions, most with Cointreau, and in Texas lots of ice and even frozen, but I think that this is the best.

Simply combine the ingredients and serve ice cold. You could make a small jug of the mix, keep in the refrigerator for seconds.