On our last night in the Alps, we decided to venture forth to eat in our almost local restaurant. La Petite Auberge. In the 11 years that we have been coming here, it has seen many re-incarnations, not all for the better. Our first visit,, included the owner ejecting 16 loud mouth Brits, who thought they had been waiting too long for their dinner, all had wine some had , already had dinner, but the waitress explained as best she could that everything was cooked to order and that to feed 16 of them  simultaneously was not possible. However they continued to harangue, by shouting “Uh Garcon, i’ts tres Mauvais ici” at that point her husband ( the chef) appeared and said, “You , all of you leave at once!, they protested that they had not had dinner ( but did not mention the copious amount of wine), he did not care in the slightest, he evicted them all and without charging them a penny ( or sous) and then apologised to the res of his clients. His food was certainly not haut cuisine but good honest cooking and copious to boot.

Fast forward a few years later, madame with the sweaty hair and husband took over, but he did not have the correct certificate to say he was a chef, so they hired in, but it was all a disaster, so they soon moved on. And so it went for several years, soon the lunch time trade, which was always booming, ceased  and we hesitated to try again. But this year we had reliable information that once again it was functioning, hence we went and to our surprise it was good.

Madame,  the chef,  decided to keep the menu small and simple. 6 starters, the same for mains ( plus the plat du jour) and 6 desserts plus ice cream. We just chose the Plat du Jour, which was Onglet ) hanger steak in English) and a dessert. the food was good, we sat outside, the tables were new and they offered blankets for chilly evenings. 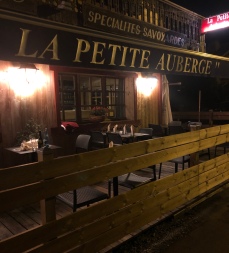 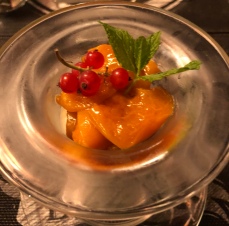 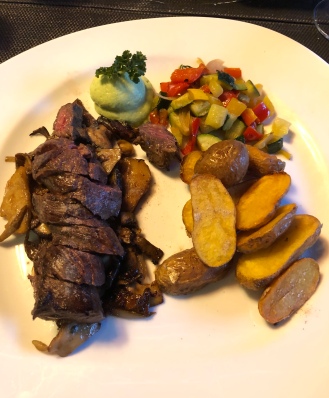 All a big plus for them and fingers crossed they do well.

The following day, we set out on a Magical Mystery Tour. Himself had a birthday and so it was we set out to drive the 800+ kms to La Madelaine-sous Montreuil, a small village near Le Touquet. The reason for this journey was to find a Michelin starred restaurant called La Grenouillère. ( I had in my mind that it means Frog Farm, but according to Google Translate it is a baby sleep-suit or in todays idiom, a onesie?) ( and I did check with a French friend and he concurred, though he too at first said, FROG, but maybe it means both).

I had tried to book this restaurant a couple of years previously, many nice restaurants and hotels are closed in France during the months of July and August. #1 daughter had also tried, all to no avail. Consequently this year I was organised and so in March I managed to book dinner and overnight (limited number of rooms), however, just as well that I wanted the Sunday night, as the Saturday was already FULL! 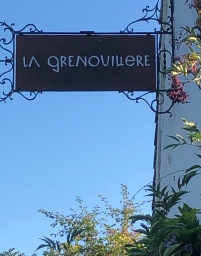 La Madelaine sous Montreuil, has to be one of the prettiest villages in France, a small river running through it, and pretty cottages.The restaurant itself is a really old building, which has had a modern extension, in very quirky gardens. Our room was an old stable, ( I think) and only a quick leap to the main building. As I said the garden is very quirky but fun and cocktails are served there, in fine weather at least, and one sits on a tree stump!( maybe not the most comfortable). 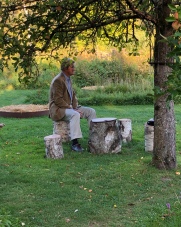 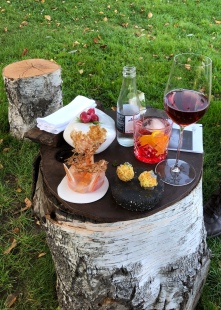 The interior of the restaurant is a combination of modern and quirkiness.

The menu came on a scrappy piece of paper, and as is the modern trend, it really tells you nothing. 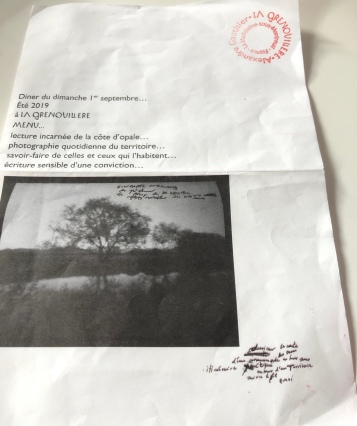 We opted for the menu of 8 courses and took the wine option as well. Although the photos, show very pretty food, to my mind non of it was memorable, probably the best was the red mullet with fresh peaches and also the quail . The white turnips were raw, and I must admit I have never eaten raw turnips before and not sure I would rush to eat them again, pretty though they were. I personally was very disappointed with the service, the wine waiter, had half of his shirt hanging out and our main waitress seemed too much in a hurry, plonking down with gusto, clean knives and forks. Memorable? NON. Worth the Money? Not really, ambience? there was none. To cap it all, the village lights went out at midnight and so everywhere was really pitch black, which gave us a bit of a challenge the next morning upon waking very early to get an early morning train on Le Tunnel, and all the fuses in our room blew!, thank good ness for Smart phones, is all I can say! 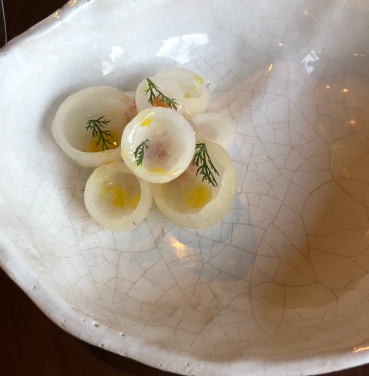 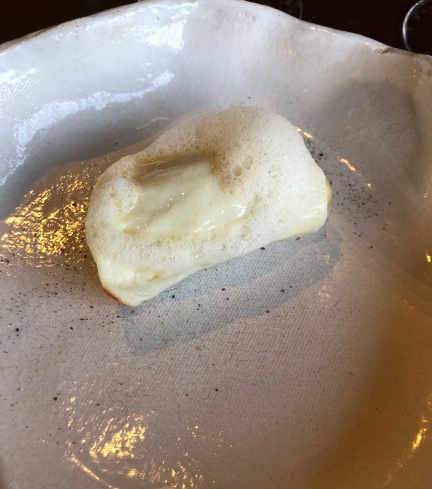 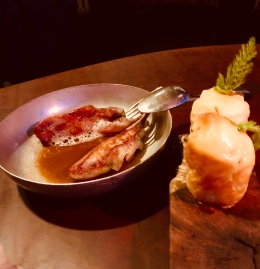 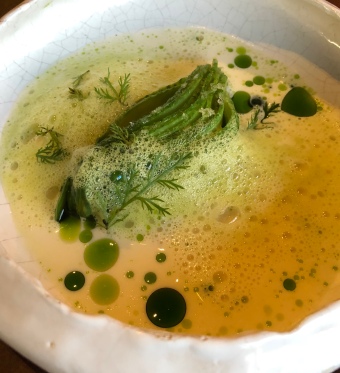