A few years ago, the Indian government declared that I was an undesirable and as such would not grant me an extension to my Visa. I thought of just staying on, but the local “Fixer” was heard to say” Oh No Sir, not a good idea Sir, Mother in law end up in Jail Sir” so needless to say. not fancying my chances in the largest prison in South Asia, I was persuaded it best to leave!

As a compensation we dined in a restaurant called “Indian Accents” and what Himself described as the best meal he had ever eaten. Indian Accents is a restaurant in a boutique Hotel, called the Manor. This in turn is owned by an Indian run company that runs more than 40 hotels and a few restaurants. Among them is Chor Bizarre ( chor =thief and Bizarre= well Bizarre!) Chor Bizarre is to be found in Connaught Place, New Delhi in a building which is typical of Luytens Delhi and is quite frankly BIZARRE, but the food is great! And more to come as there is a branch of this restaurant in London!! So I must put it on my “must try” list.

So onto another Indian restaurant in Central London, called Banares. And it has a Michelin Star! I first went there with ” The Ladies Who Lunch”. 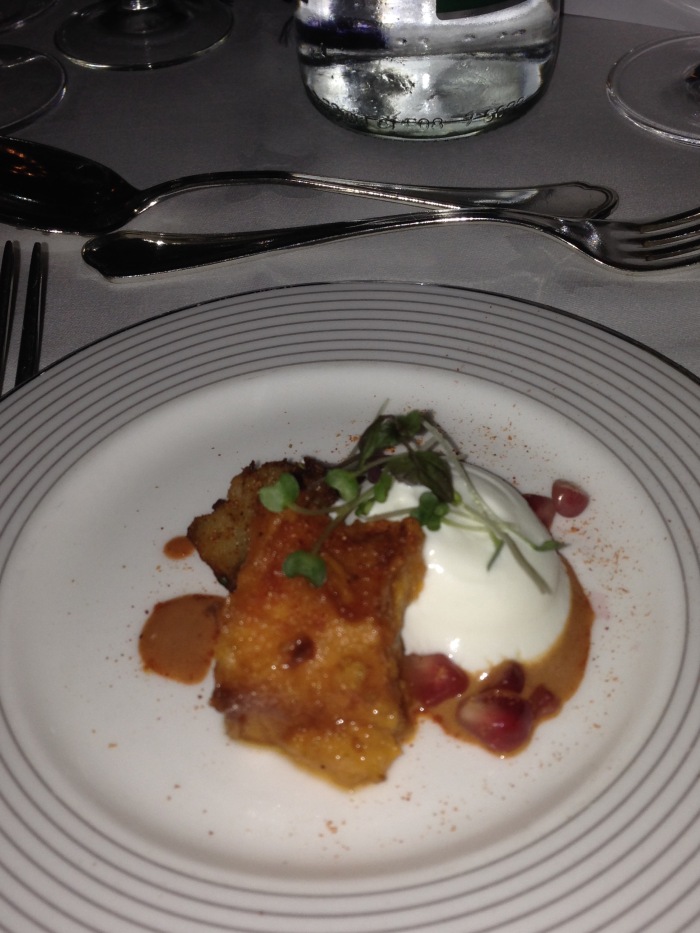 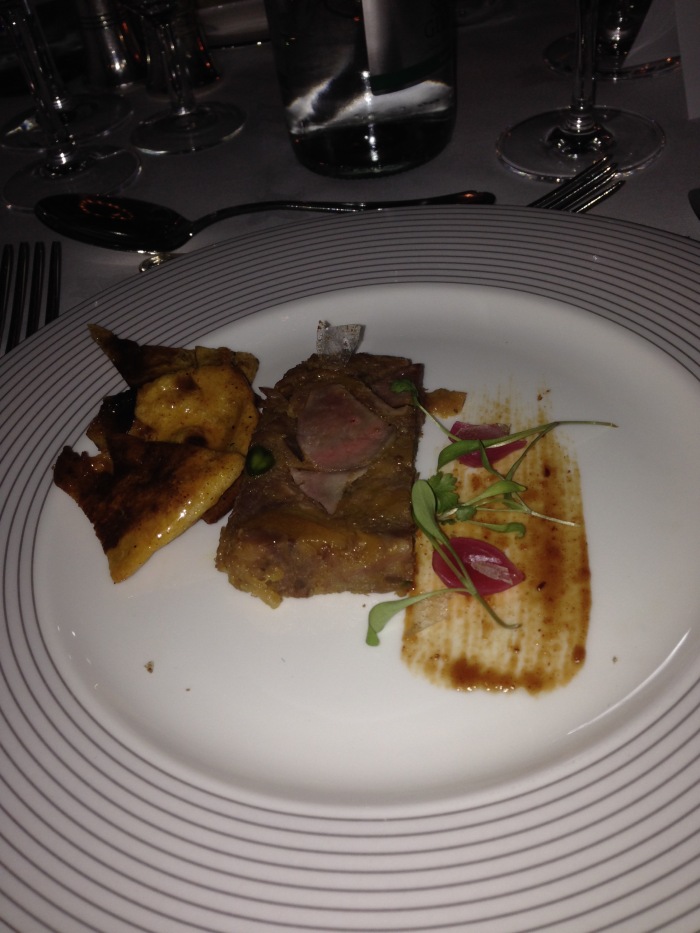 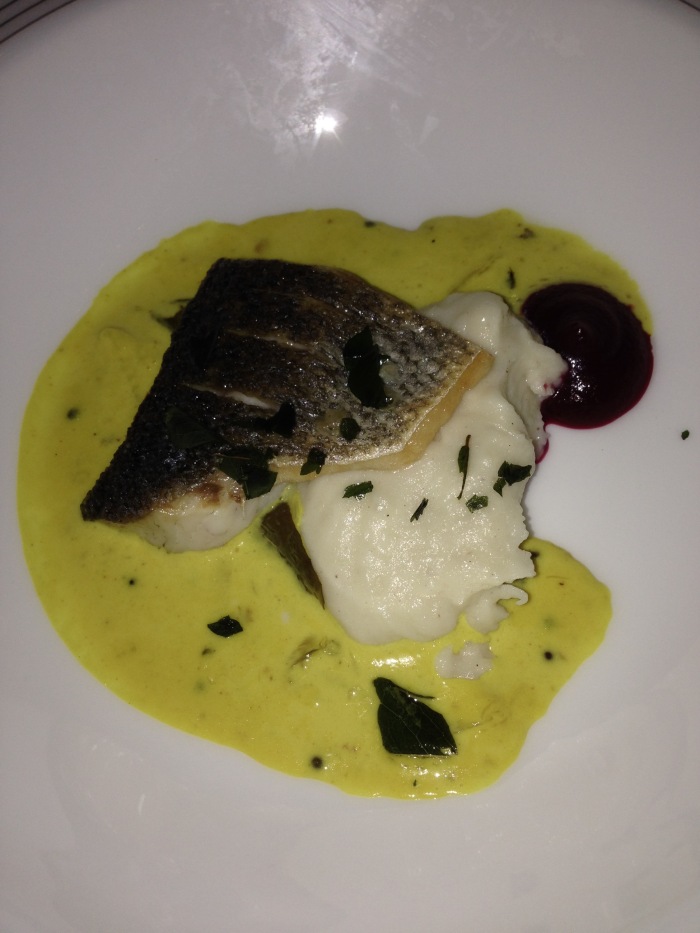 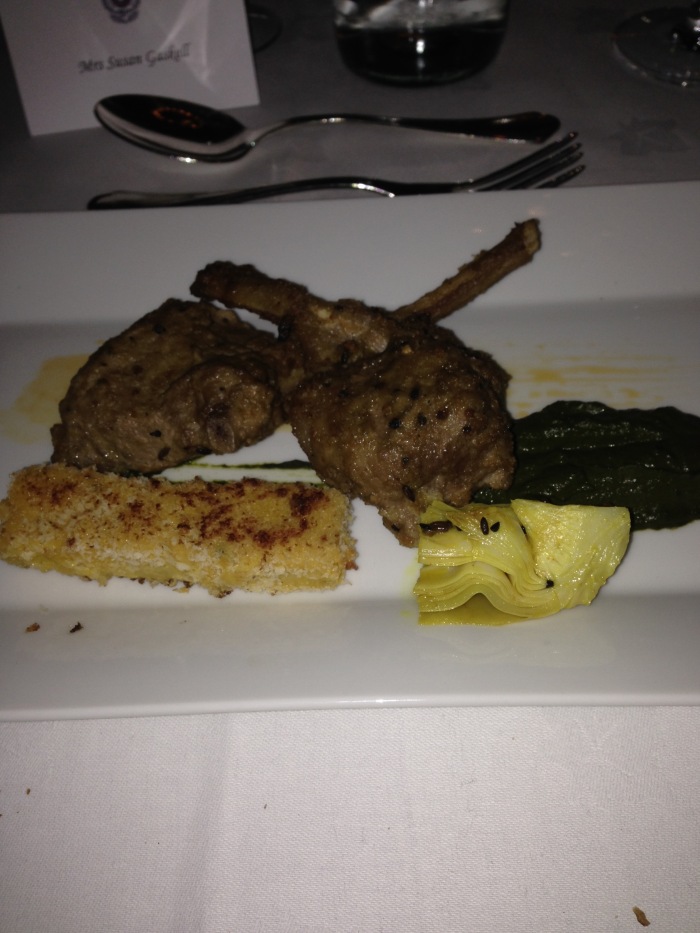 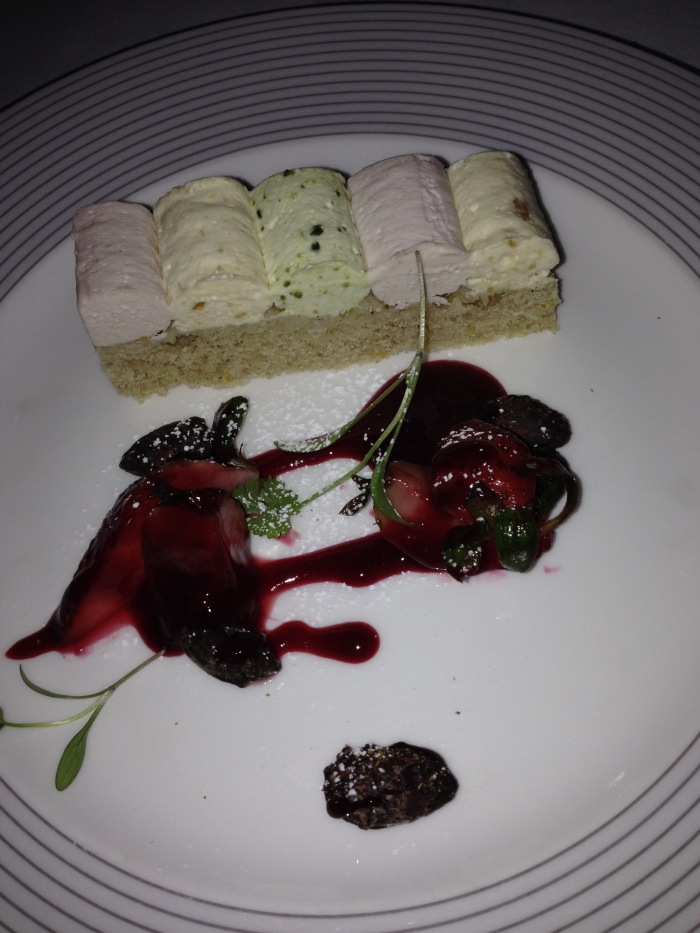 ﻿Lunch time is always affordable and we were not disappointed. However this weekend, was another dining experience, a private event, hosted by the chef/owner of Benares and his team. Atul Kochhar, started his career in New Delhi  working for the Oberoi group of hotels ( and I have to say that breakfast in the Oberoi was always good). So in London, he runs Benares and has recently opened Sindhu in Marlow. He is also involved with some cruise lines and a coup for Marks and Spencer, he is their consultant for their Indian Range of foods.

So we were wined and dined and the evening started with a cocktail called, Mumbai Sling, a drink made with gin, lime juice, palm sugar and ice. I have to say it tasted much like my own version of a Citron Presse ( fortified that is) pressed lemons sugar and gin, so good you think you are just drinking lemonade, how wrong can you be??

So onto our dinner. For the amuse bouche we were served Aloo Chaat Anarkali ( potato salad with sweet yoghurt foam and pomegranite sauce). For the starter it was Thandi Jal Murghi, ( Duck terrine with Bakarh bread and tamarind chutney).

I have eaten Aloo Chat several times whilst in India, this was a much more refined version.The duck terrine was lovely and so was the bread, a sort of glazed and crisp naan, hoever the swish of sauce on the plate is never my favourite,  and this was no exception, it looked pretty but by the time it arrived on the table, and as the plates were warm, it had dried and hence no sauce, a shame really.

The fish course was Meen Moilee, Sea Bass with coconut gravy and beetroot mash, a lovely contrast of a creamy yellow sauce and deep red/burgundy of the beetroot. The main course was equaly delicious and consisted of Chaampan Da Saag Gosht, Rack of Lamb with Polenta and spinach puree.

Indian meals do not usually have a great selction of desserts, but this time we were in for a treat, it was something called Rangeela, which was Cardamon and orange sponge with three different types of Ice Cream, Raspberry, Pistachio and ginger. along wth some softe berries on the side.

So Atul has written another book, and I think it is already on my Wish list, after all, what makes for better bedtime reading, than another cook book. It has been said that Britian has become obsessed with cooking shows on TV and the purchase of cookery books. The average home has a dozen books but only cooks from 9 recipes!, not in this household, my mother onced remarked that she never knew what she was going to be given for dinner in my house! And that is surely true, just ask Himself !