Eating our way around Mexico ( again) or Accentuate the positive!

In London towers, we had another significant event, well not actually London Towers, and not even close by. But wherever it was, it was a good reason to try yet another nice restaurant.

Biko is in Polanço, Mexico City, is listed as one of the best restaurants in the world and stands at # 30! A couple of years ago we tried another in Polanço, Pujol, with which I was not duly impressed. Having eaten now widely in Mexico, attended a couple of cooking classes, been on street food tours, I feel I have a good understanding of Mexican cuisine, and Tex Mex it is not.

So to Biko, a Wednesday evening in November , the temperature warmish, the traffic as usual in this part of town, dreadful. Biko is located just off President Mazaryke , which is the main road in this part of town, and where one can find most of the smarter shops and cafes., that is when it is not being dug up, which seems to be most of the time.
So let us start with the positives, we were warmly welcomed, our chief waiter introduced himself and explained how their menu worked. Nickinlaw ( family joke) duly explained, the girls had Kir Royal ( more Kir than royal, which had to be diluted with more champagne, of course) whilst the boys had a deconstructed Bloody Mary, in this case, Tequila with spicy tomato juice on the side. Interesting!

We chose the tasting Menu, which consisted of 7 courses, albeit they were small. And here comes the negatives, Grey seems to have been the colour theme of the evening, ( in Pujol it was beige), almost everything was various shades of Grey ( and not, I add 50 Shades of Grey, might have been more exciting if it had been!) The fois gras was grey, the tuna, grey/pink and the pork grey / white. And the restaurant it self was Grey, or beige or Dull. Food tasted OK service was Ok, atmosphere, not Ok. Reading various comments on Trip Advisor ( not always the best source of information, I must admit) others too were underwhelmed.Pricey? Yes, worth a second visit, No, there are too many very good restaurants, to go to one that we think mediocre. I wonder sometimes, who actually ranks the restaurants, and the criteria used for the rankings.

Meanwhile back at London Towers, we had a first! A First was a take-away! We have had in the past, I must admit had en Famille a Pizza Movie Night, especially confined in the Snowy Mountains of France, where we drive down 7 hair-raising hairpin bends, slip-sliding to the original Pizza Hut……. La Cabane, a little wooden hut, which night after night just makes Pizza, to go, and whilst you wait serves either a Vin Chaud or a soupçon of vin rouge.all over the French Alps it is possible to find these small, Take Aways, usually Pizza, but sometimes Pasta.
But this was a real, live delivered to your front door, take away. And I have to confess, that after being out all day, it was a great meal. Might just do it again! Watch this space!! 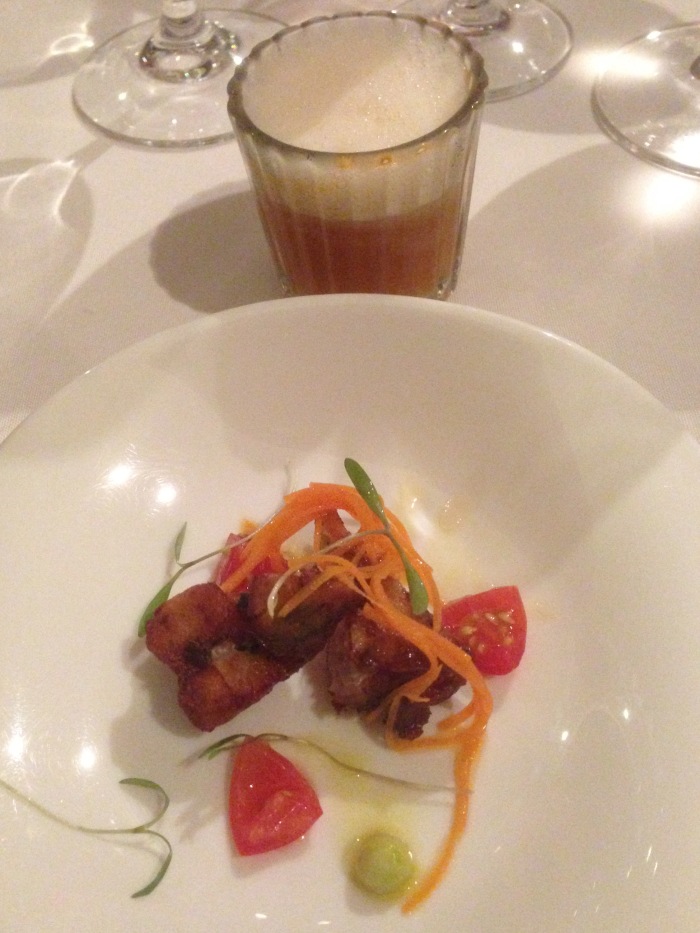 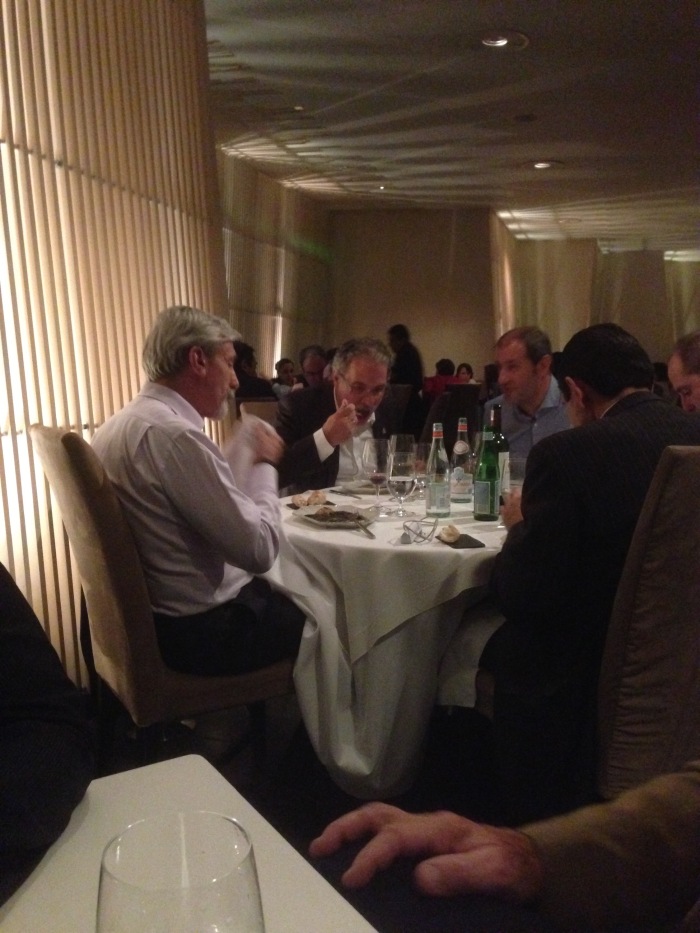 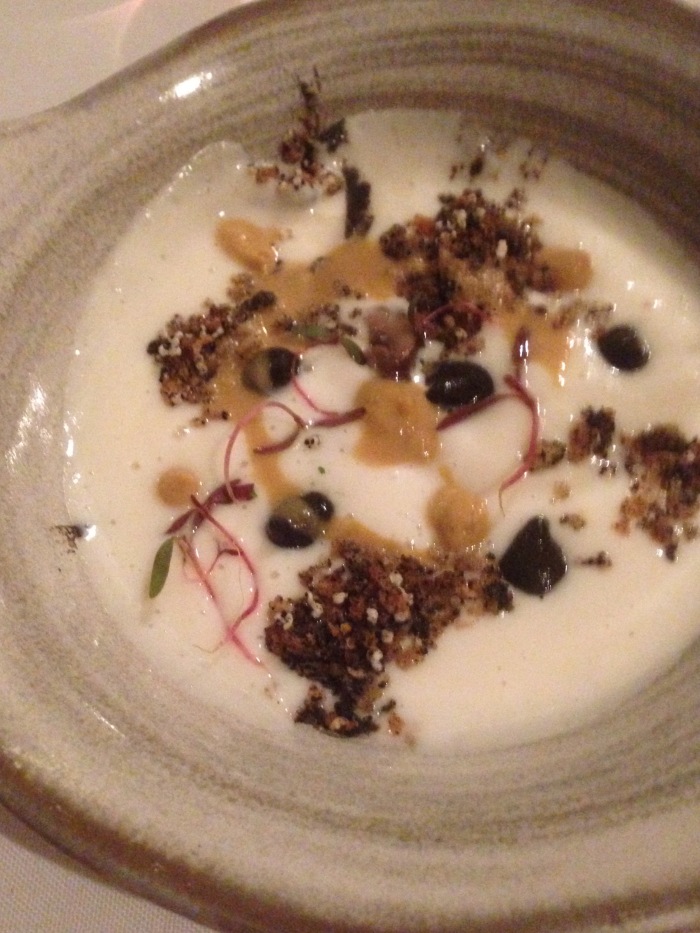 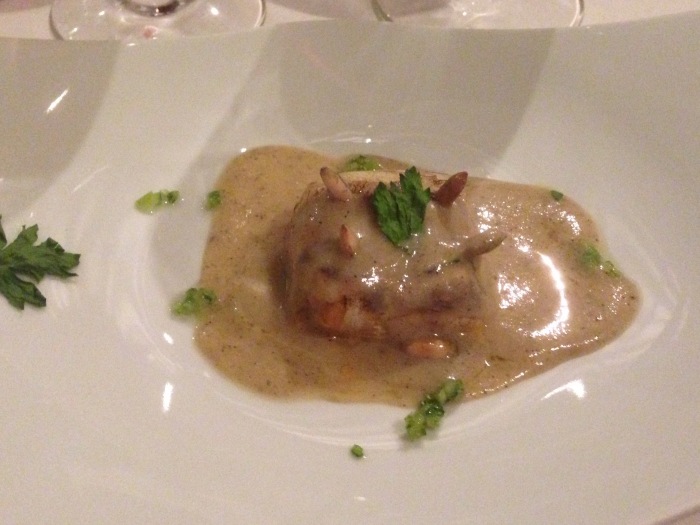 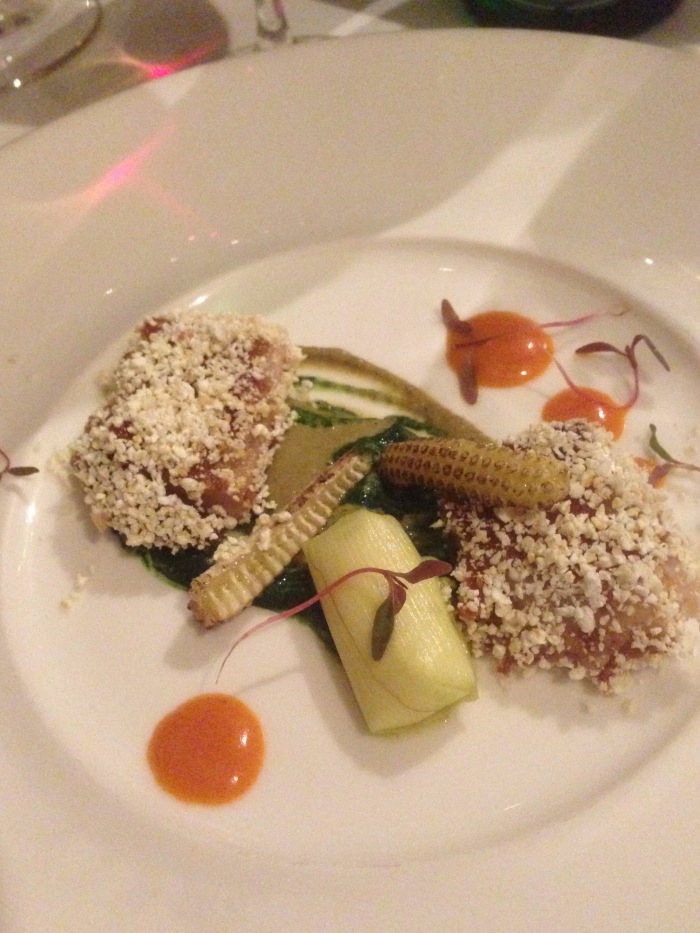 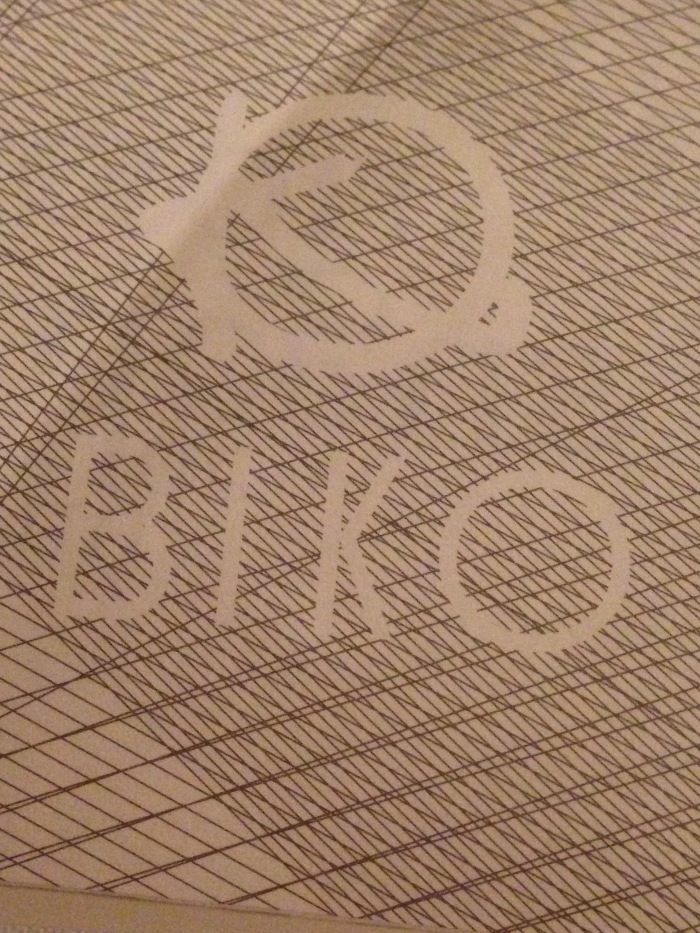 2 tsp both of Turmeric and of ginger

1 litre of water or stock ( you may used bought)

1/3 of a cooked chicken ( no bones or skin please, you can use those to make your stock)

Fry the onion in a little butter or ghee until translucent , add the spices, add the stock along with the chicken. Bring to the boil and add the can of soup, mix well. Add the creamed coconut and stir well to mix. Test for taste and adjust seasoning ( salt and pepper) serve with a wedge of lemon.

Melt some butter or ghee and add the vegetables and stir fry for a few moments. Add the curry powder, mix well and cook for 3 mins. Add the stock , the tomato purée , and the rice. Cook for 15 mins or so until the rice is really soft, add the chicken, and warm through, add the yoghurt and using preferably a stick blender, purée the soup, it does not have to be super smooth. Adjust the seasoning to taste and if too thick, add some boiling water to obtain the required consistency . Serve garnished with a small scoop of sour cream and fresh coriander. Enjoy! 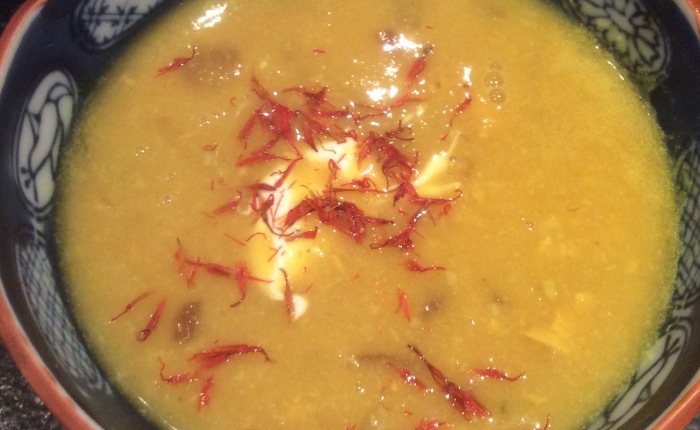 It is that time of year again, we are on the move and as such, it means sorting out the refrigerator, and so I make soup. Fortunately, Himself likes soup and although I married him for richer, for poorer, I did not marry him for lunch! So this at least is an ideal compromise, as I make soup, bag it in Zip Lock bags ( perfect for one person….Large portion), remove the air and flat pack them in the freezer, ready for whenever!

Seriously, though, my refrigerator soup, is made with whatever is left and todays version has the title of Refirgerator Soup, a la Provencal, as it could almost be Ratatouille!!

So as I say, when needs must I make soup from almost anything , more or less the only ones that I can really replicate time and time again are French Onion and Pea! But I came across a recipe the other day, hiding in my numerous Cookery books . Ones that are less popular have been decamped to France and in some cases, ones that are extremely popular have been duplicated in France, and I subscribe to French cookery magazines and web sites, always interesting to have an insight to other cultures and cuisine .
However the recipe I happened upon, was aptly named Ron’s Mum, Mully Soup!
Ron’s Mum was I believe of Burmese origin but sadly died many years ago, and so did Ron . I always said that the recipe would die with Ron’s Mum, and whilst living in the US circa 1994 , Ron asked ” do you by any chance have my Mums recipe for Mulligatawny soup? And I did. So here it is, it was the best Mully soup going but this was dated about 1970, so times have changed and I think I would use ready cooked chicken today and maybe not the condensed chicken soup, but give it a try and see for yourself. 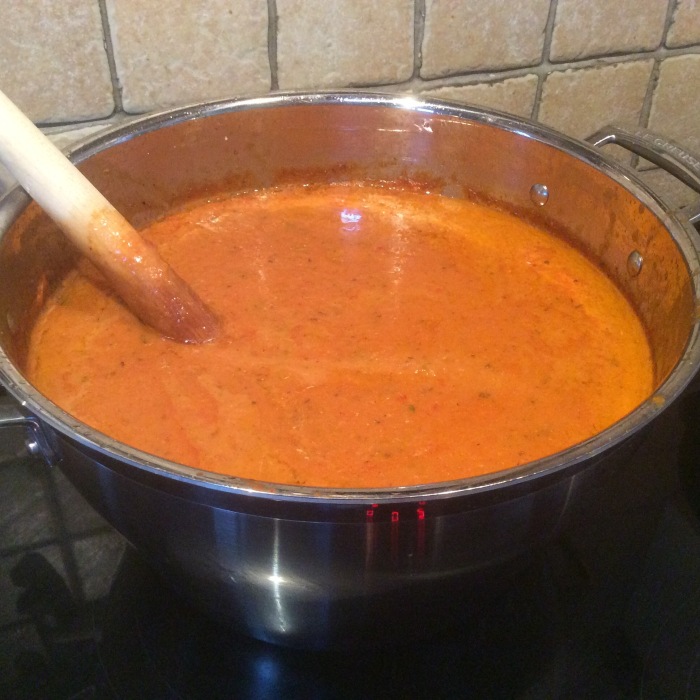 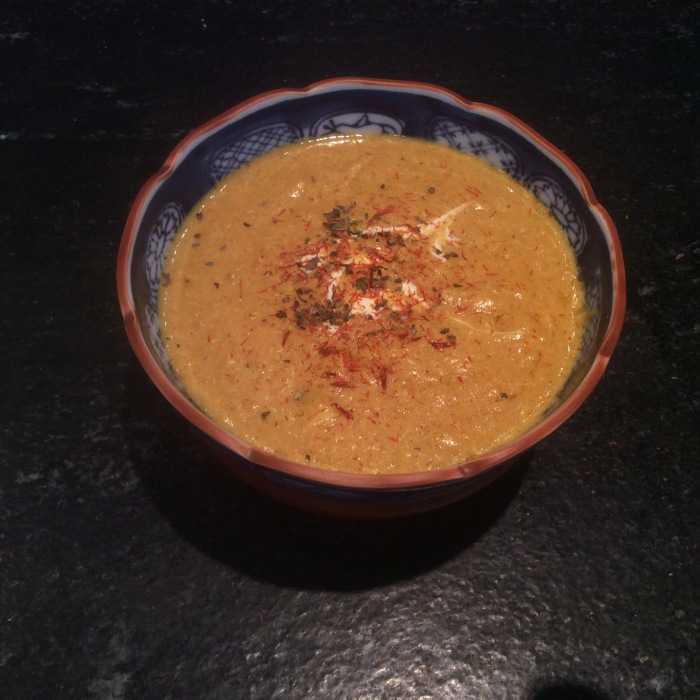 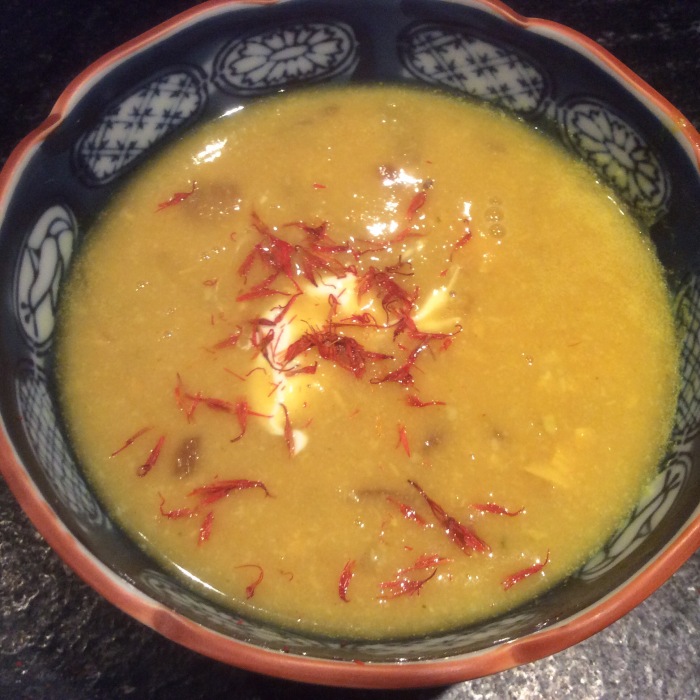 Soups from Top to bottom are, Soup a la Provençal, thick Mulligatawny and Ron’s Mum Mully Soup! Given a taste test the other night the general consensus was They preferred Ron’s Mum, however, number two daughter declared after looking at the contents of tinned soup ( lots of filler and only 3% soup) that if she had known beforehand then she might not have eaten it! Ah well! It could be a quick semi homemade soup providing you have the cooked chicken and the can of soup ( I normally do not) enjoy!