Skip to content
Oysters and Champagne in Food and restaurants May 1, 2016 525 Words

Today, we saw a golden Temple, more cherry blossom, a Royal Palace,  a 1000 Buddhas and an antique shop, along with the Kyoto handicraft centre.

We took a tour, not my favourite occupation but it is the most efficient when you have so little time in such a lovely city. Our tour guide spoke passable English but , and this I assume is what they learn in Tour guiding school, they repeat and repeat and repeat, which gets to be a bit tedious after a while. Still moving swiftly along,  we went to the “Temple of the Golden Pavilion” or the Kinkaku-Ji Temple. It is probably one of the most recognisable images of Kyoto. The temple is set on th edge of a small lake, which reflects the beautiful temple. It was originally built for Shogun Ashikaga Yoshimitsu (1358-1408) but was converted to a Zen temple shortly after his death. It is covered in gold leaf, which comes from Kanazawa. The park in which the temple sits is particularly pretty and has some interesting bamboo structures to support many of the trees. 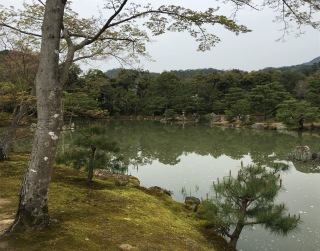 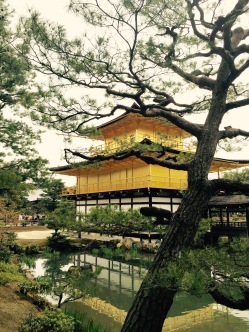 Then we were very lucky to be able to go into the grounds of the Royal Palace, not normally open on a Sunday, and in fact not open very often at all. This year open to the public  from the 6th to the 10th April and the ancient game of football (Kemari) of the Imperial  court on to be played on the 10th. So we were very lucky indeed.

Kemari was first played in Japan around 600AD, it is a non competitive ball game and the idea is to keep the ball in the air, using any part of the body. the clothes or uniform come from the Asuka era ( 600 Ad) including the hat. Apparently George H.W. Bush played it on his visits to Japan! Nowadays it is only played as a demonstration game and at festivals. 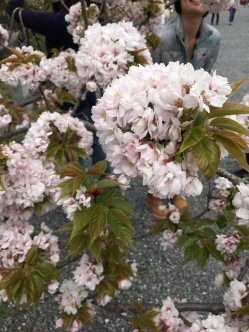 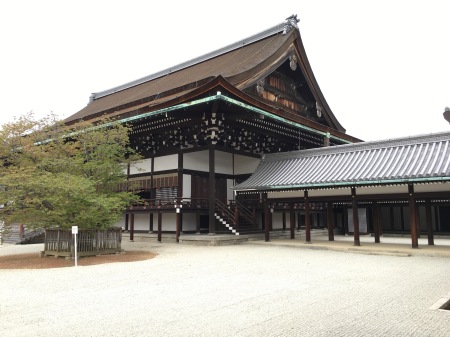 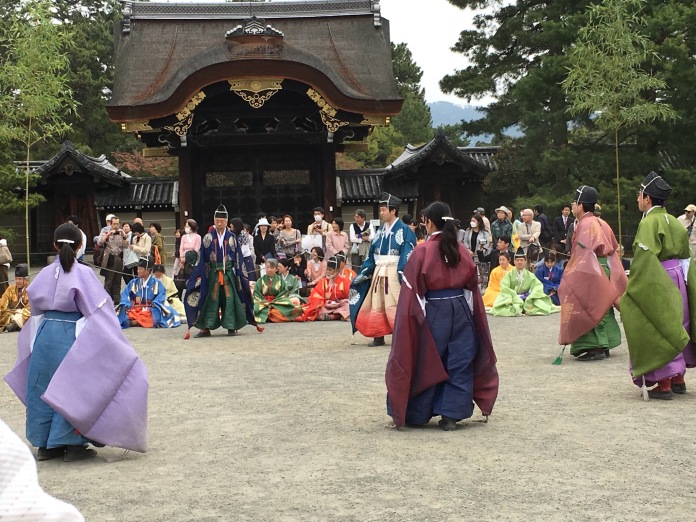 Then it was a quick visit to the Handicraft centre, read souvenir shopping, some of it was good examples of local handicraft, fine embroideries, ancient silk kimonos reworked into ties and scarves and some of it typical souvenir type of goods.  Himself continued onwards to see the 1,000 buddhas, which he said was impressive but No photography. Shame really.

Me, I absconded and visited an antiques shop where I bought a lacquerware and gold leaf box, which I was told was used at christmas, and the cook would place all sorts of special foods in each compartment. 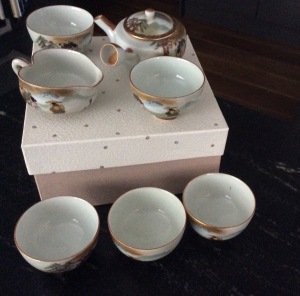 From there I went to a Department store, which was just beautiful it puts Harrods to shame, everything was beautifully presented  and well laid out. The food hall was just amazing and HUGE. I could have spent all day there. I managed to buy a few items whilst there, one being a japanese omelette pan, which I have yet to use, but firstly I need to learn how to do it, Not as easy as one might think. 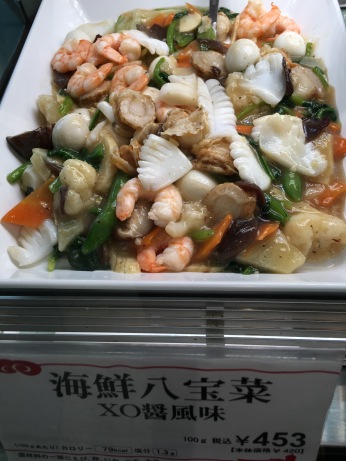 Tomorrow we will head out for a real adventure, but not before I visit a local market.