Skip to content
Oysters and Champagne in Food and restaurants May 3, 2016 596 Words

So today we were heading off to Koyasan, the  Holy mountain, another World heritage site. This involved several trains, subways and even a funicular  as well as a bus! Having sent our main luggage onto Tokyo, we were travelling fairly lightly.We journeyed on a Bullet train and a private railway ( the Nankai railways express). On arrival at Gokuraku-bashi we changed to the Nankai Funicular to Mount Koya.

Mount Koya, or Koyasan, is a mountain retreat, with 117 Temples and 200,000 shrines/tombs. These tombs/shrines are for people of all classes and have been built among the cedars of Mount Koya, many of which are obviously visited as they are either drapped in clothes or flowers. 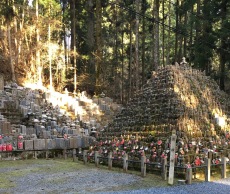 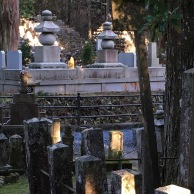 The whole of Koya-san is dedicated to temples and shrines and the monasteries act as the local B and B. We stayed in the SEKISHO-IN,  ( 60 rooms) which actually can be booked on Booking.com and is mentioned on Trip advisor, so not as remote as one is given to believe. Guests can experience staying in a historic Buddhist temple all of the  rooms are Japanese-style with Tatami straw floors and futon bedding, yukata robes are also provided and no shoes are allowed. We were lucky to have rooms with private bathrooms and wi-fi whereas the rooms in the main wing had shared facilities. Meals, which were vegetarian, were to be taken in the main dining room and guests were encouraged to take part in the prayer session held at 6.30 every morning.

We checked in and then promptly went for a walk through the cedars ( Okunoin), amazed by the sheer number of tombs, until we came to the mausoleum of Kobo Daishi ( the founder of a monastic center here 1,200 years ago). Visitors are allowed, but photography is not. We returned to the temple in time for dinner ( 5.30) and we were shown a small private dining room. Dinner, was as I said vegetarian and was beautifully served in traditional lacquerware. 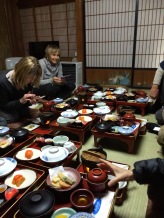 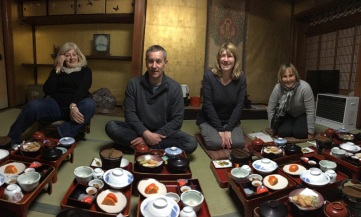 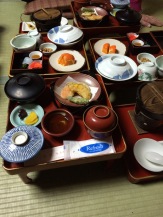 We had the foresight to buy and transport with us a 1.8 Litre of sake, suspecting that it would be a “dry” evening otherwise.Thankfully, our rooms had a heater and a kind of electric blanket, drapped over a table and also a couple of chairs, so we all congregated, feet under the electric blanket, heater blasting and drinking Sake. It was only the next day we saw the notice saying ” no food or drink in room!” We woke up the following morning only to find that the temperature had dropped overnight to minus!! Thank goodness for heated japanese toilet seats!  We could have stayed there all day! Breakfast ( after going to the morning prayers, where there was a lot of chanting,) was an affair, better not remembered, more miso soup, and more Tofu and rice I suspect, though as I say, better not remembered. Two of our midst had the foresight to bring some pastries with them from the previous hotel. 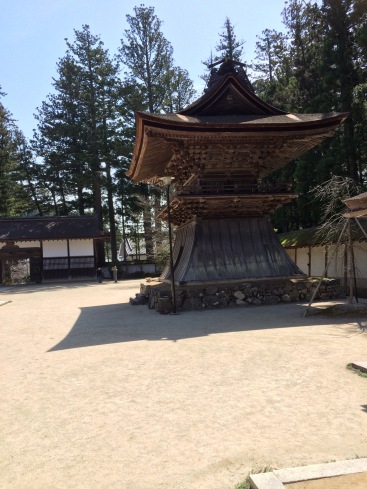 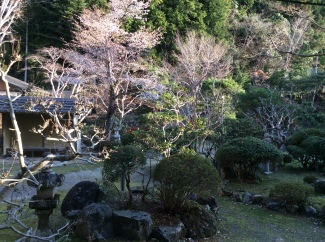 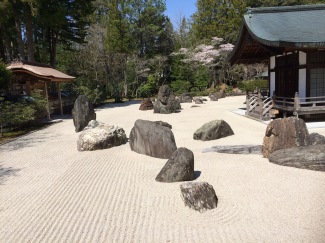 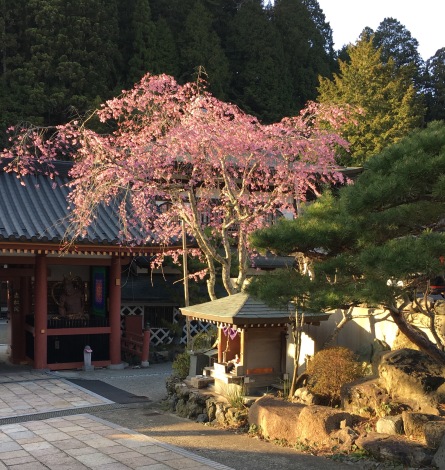 After breakfast we inspected the rest of the village, which was extremely beautiful, well-kept and some lovely very old buildings, more zen gardens and cherry blossoms. Even the local shop was selling sweetmeats, made with rice and red bean paste to resemble cherry blossoms. 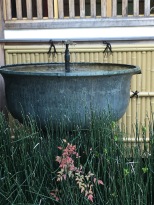 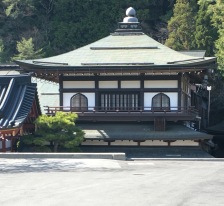 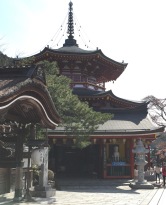 And so we were to make our way back to Tokyo, and this too was an adventure. On a last note, I photographed this sign, which is in Chinese Characters. I found it interesting. Do you know what it says ( well at least the first part).