Skip to content
Oysters and Champagne in Food and restaurants, New York diner, Travel May 16, 2015 359 Words

Here in New York City, the willowy Brunette decided that today was the day for Blueberry Pancakes. This American delicacy is usually saved for a Post Marathon extravaganza, but  for today, no excuse was needed, (Apart from energy required to go shopping) except that it had to be.

So off we trudged to the Clinton Street Bakery, which is down in the Bowery area of the city, but enroute ( well sort of) to Ground Zero, or the New World Trade Center . The Brunette had done her research, and so we were forewarned that there could be a wait. Sure enough there was. The Clinton Street bakery is a small restaurant which seats only about 30 people, we were told, about 30 mins, but we were in after only 20, but by the time we left, the line was around the block!

Oh what to chose, no light eating here. The Brunette ( the willowy one) chose, of course, the Blueberry pancakes and as for myself, the French toast with caramel bananas and pecans. Both came with Maple Butter, and we shared a side of bacon and a side of sausage. 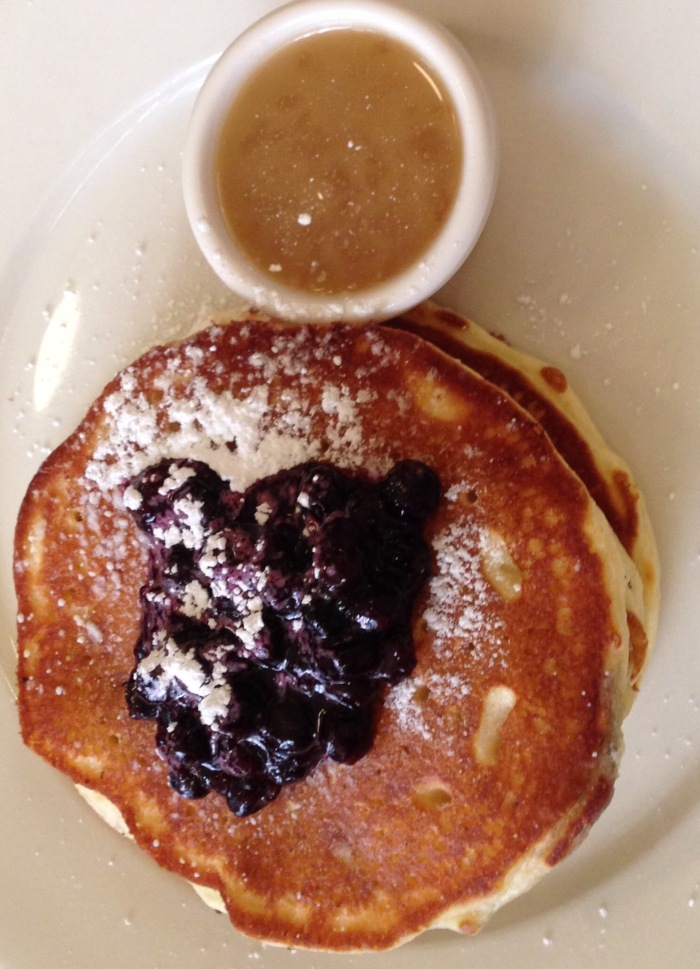 The Brunette is a connoisseur of Blueberry Pancakes and declared that these were some of the best, light and fluffy , liked the maple butter and did not feel stuffed nor the feeling of a sugar overload! My french toast was excellent, though far too much,  and think I would have preferred straight up Maple syrup ( not Aunt Jeminas fake maple syrup). And we loved the sausage and bacon! 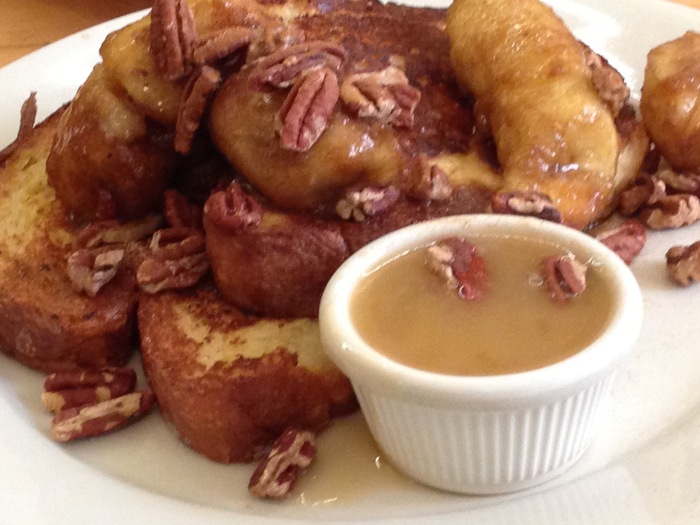 Our neighbour chose, eggs and sausage on an English Muffin, did not look as exciting as ours, and the neighbour on the other side, chose NOTHING, her boyfriend however did eat, I guess that is the only way to go to this diner and come out without a Heart attacking alert!

Considering the small kitchen the short order cooks, who were cooking up a storm, seemed remarkably in a happy mood. 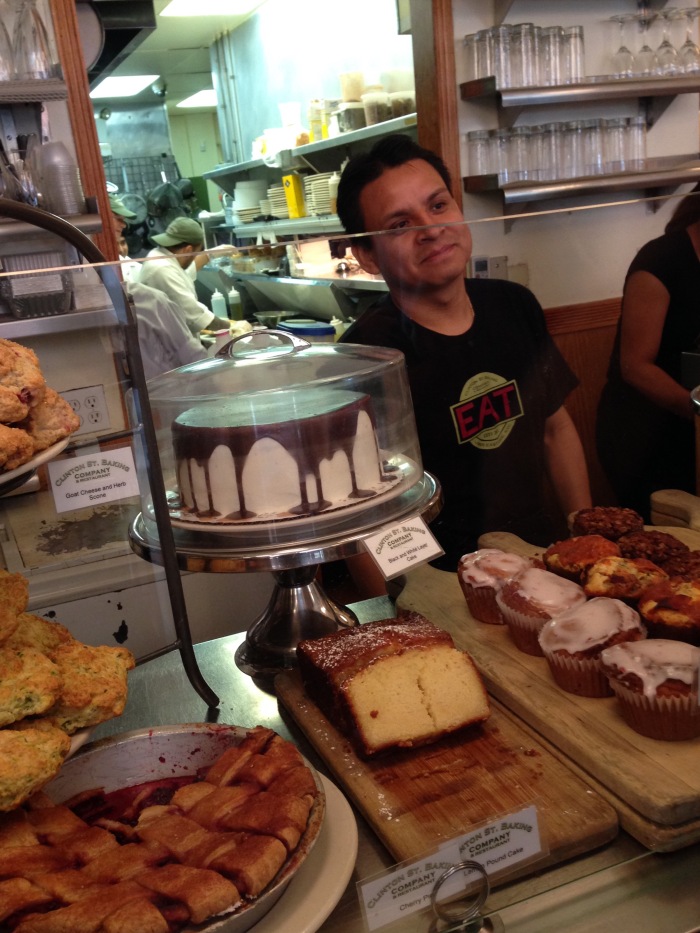 So next time in New York City put the Clinton Street Bakery on the top of your list!