Have been dreaming of times gone by, times travelling and of all things currently cancelled. Absolutely, Nothing fun in the diary, well maybe not strictly true, but things that are bound to be cancelled, claiming yet another refund.

Today, I escaped for about an hour, we wondered down the street and ventured into Selfridges Food Hall. ( see the flowers above) As super as usual, beautiful as usual, but No Champagne Bar! My daughters and I frequented it often in the early 2,000’s. We went especially to buy Mussels, as I have said before, we are great fans of Mussels and HIMSELF declared he really fancied Mussels for dinner, and he will cook!

My day, well part of it has been making Scrub Caps, for willowy Brunette, she needs them ( along with Surgical gowns) for when Dentists are allowed to return to work. So after a few hitches, as obviously we do need them to be extra special , I have succeeded and now have the production line down to a mere 20 minutes and am sure I can get it down to 10, but how many does she need?

Today, the only thing I managed to cook, but not really cook, was some Ice-cream. I had some really manky bananas, was a bit tired of making banana bread ( and besides Himself doesn’t really need another cake AND willowy Brunette has started baking …… she doesn’t eat them but delivers them for her Father! ENOUGH IS ENOUGH! Not that my ice cream is any less calorific but never mind.

The Ice Cream I make is very easy, especially if you have a) a food processor and b) and Ice Cream machine. Obviously the best type of Ice Cream machine is one that has a built in refrigeration unit otherwise the smaller cheaper ones have to be placed in the freezer to get cold, and of course, space always come at a premium, especially now. I have had refrigeration type since 1983 when we moved from Texas to Belgium. The one good thing to come out of Texas ( and I am being a bit mean here) is ICE CREAM, or so my kids who were small at the time thought and Belgian Ice Cream at the time was Rubbish, and so I bought a machine !This the famous Ice Cream ship in Barcelona, was a bit underwhelmed, I must say. 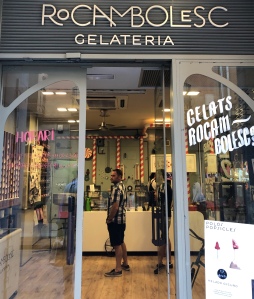 The Ice Cream I made today was Banana, ( obviously as I had yucky bananas) and the recipe says, the browner the better.

This is the basic ice cream recipe, mix well together, and whilst mixing and the best way is I a food processor to failing that a hand blender, throw in the mushy bananas. Then, if you have an ice cream machine, simply scrap it tinpot the machine, otherwise pour into a fairly shallow freezer proof container and put into the freezer, stir every hour to mix well.

Alternatives or rather additions could be:-

For me the “Go To” Ice Cream Book is Ben and Jerry’s a couple of Artisan Ice Cream Guys, before they sold out to Unilever in 2000. 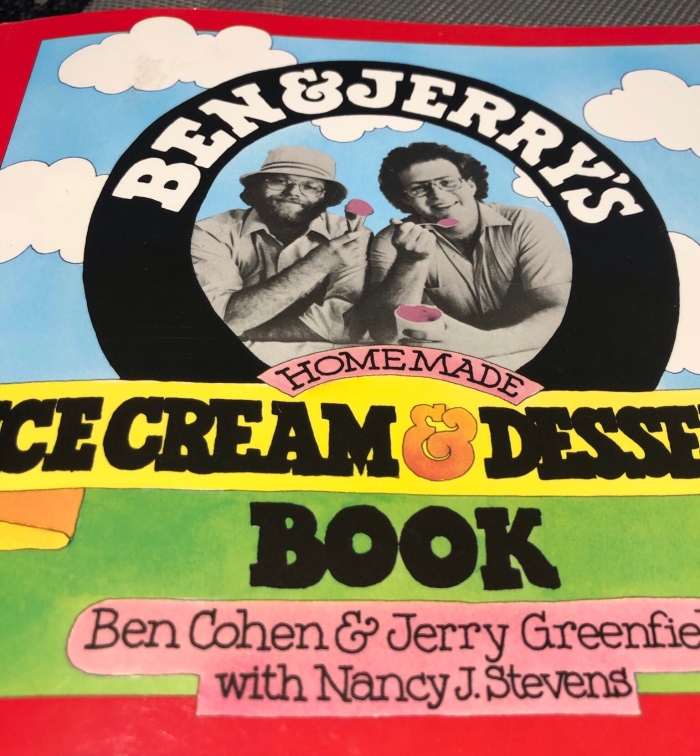