Skip to content
Oysters and Champagne in Food and restaurants December 23, 2019 659 Words

This week, whilst in Buenos Aires, en route back from the most Southern point of land, before the Antartic, Cape Horn, ( we landed and have the stamp in our passports), we needed to find a real Argentinian steak restaurant, and we did. 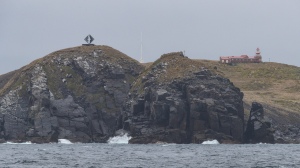 On Posada in the Recoleta ( burial area of Eva Peron) District is Fervor. Fronted by security personnel, next to a neighbourhood bistro, which could have been a very good steak place, and cheaper, but this was our only chance and so we ventured forth. 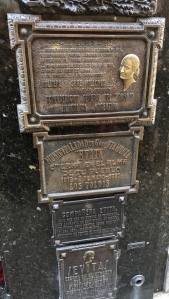 The place was full, families with adult children, couples and groups, and even a young family with their one year old ( at 10 pm ?).

We were seated on the side next to a group of three, older, one of whom was English, the others local. The Englishman was eating, Steak and Kidney pie! Himself just had to have it. Be warned said, said our English neighbour, the taste is wonderful but is a bit dry, in fact very dry, there is no gravy! One then has to ask the question, how can you make Steak and kidney pie without the gravy ?

The waiter appeared and our neighbour asked for some sauce to go with his pie, gravy translates as Salsa, and Salsa is definitely Not a gravy. Salsa duly arrived, and both tables went No, No No, not salsa! Our waiter then asked ( through our neighbours) what we wanted. Himself then ordered the Steak and Kidney pie, on the proviso it came with extra sauce/ gravy, which indeed it did, and it was gravy of sorts, the cooking juices. Better than nothing, and so Himself proceeded to cut a hole in the top and pour in his gravy! 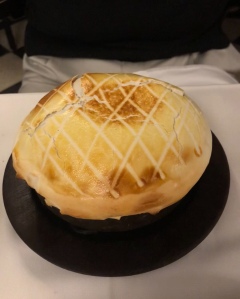 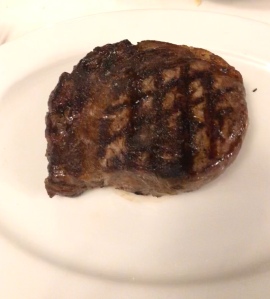 Me? I just chose the most delicious steak ever and am sure himself had food envy.

In hindsight he said ” perhaps it was a mistake ” I think it was, maybe a case of eyes being bigger than ones belly, I don’t know, but I have already decided that this he will have this weekend, once back installed in our Tower of London.

Here we are back in our ivory tower and Steak and Kidney pie has been made ! I made individual ones ( simply because I didn’t have a classic pie dish, but had some very nice small Le Creuset… thanks to son). Himself declared that it was wonderful, so much so that he had to eat two of them ! Willowy brunette and I had sole! Not for us Steak and Kidney !

with the following ingredients I made 5 smallish pies.