Skip to content
Oysters and Champagne in Food and restaurants June 12, 2019 614 Words

I think I am correct in saying that to the average English man, the word Salt Cod, is not something that we would relish and I have to admit that until our very recent trip to Portugal, I had not eaten it nor even tried it, almost to the point of avoiding it. Even Himself who prides himself on trying everything that is different on a menu, had not even tried it.

And so it was, when we visited the market in Porto, which had been held in a wonderful Neo Classical Building in the city centre since 1914. However, unfortunately on our visit, the merchants had been rehoused in the basement of a shopping centre nearby, as the building was in a deplorable state. The mayor of Porto had the idea of simply demolishing the structure, but such an outcry ensued that plans were changed to basically renovating but with such a major undertaking, it was necessary to move everyone out. Shame for us as the basement of a shopping centre just didn’t hack it for me ( lover of markets)!

However, there were several vendors, selling Salt Cod. What I hadn’t appreciated was that there are different qualities of Salt Cod, and why not, but it had never crossed my mind. Often, it is yellow (a sign of progressing rancidity) or excessively dry and thin. Look for the thickest filets as these are by far the best. The vendor told me exactly what to do to reconstitute the fish and then vacuum packed it for me. 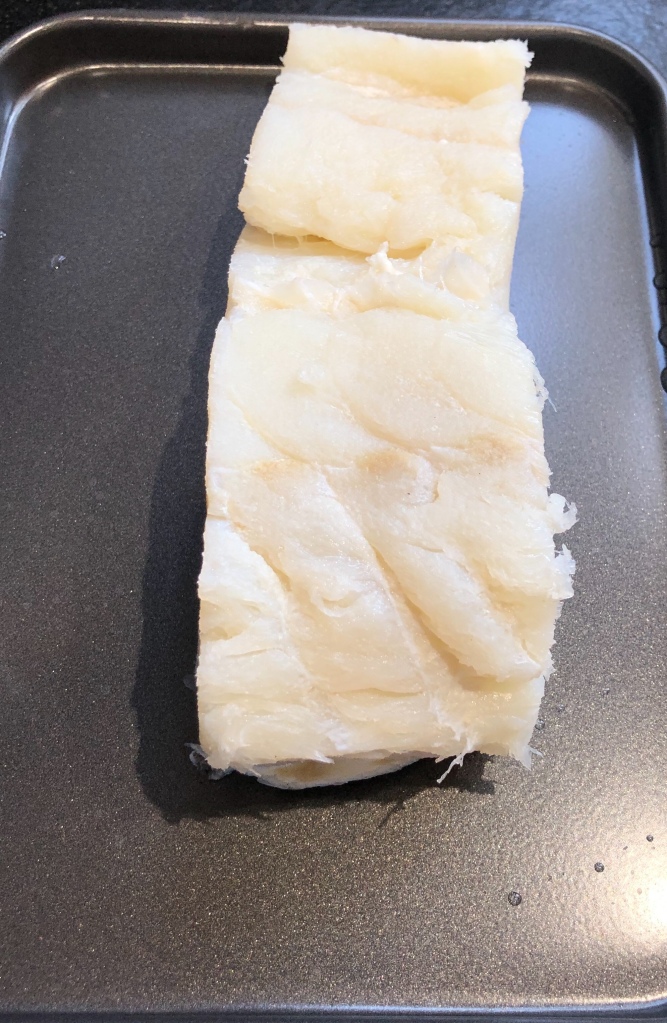 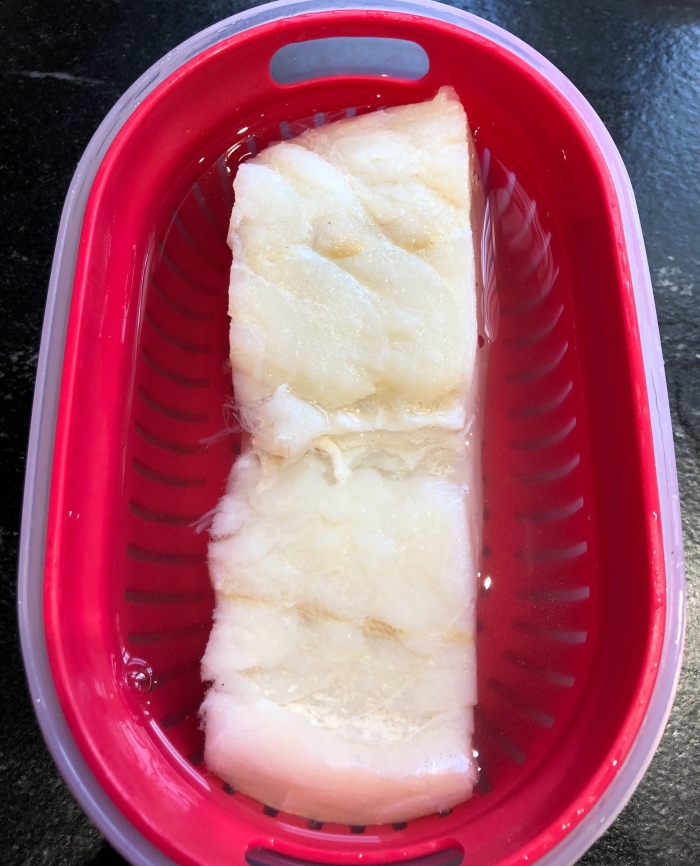 Packed in my suitcase and ready for London.

Once home I set to, to create my Salt Cod dish. Salt cod croquettes.

First it is necessary to soak the fish in water, in the refrigerator for 4 days, changing the water daily. Drain and pat dry, transfer the fish to a baking tray, and place skin side down, lightly sprinkle some olive oil over the top and bake at 200C/Gas6 for about 10 minutes. Remove and allow to cool.

Remove the skin and then flake the fish, being sure to remove any bones.

Using equal quantities of potatoes, boil and mash them, add some chopped chives or spring onions along with some lemon zest and Salt! Yes, Salt, even as it is preserved in salt, the salt has been washed out in the soaking and so it is important to add seasoning, otherwise it will be very bland! 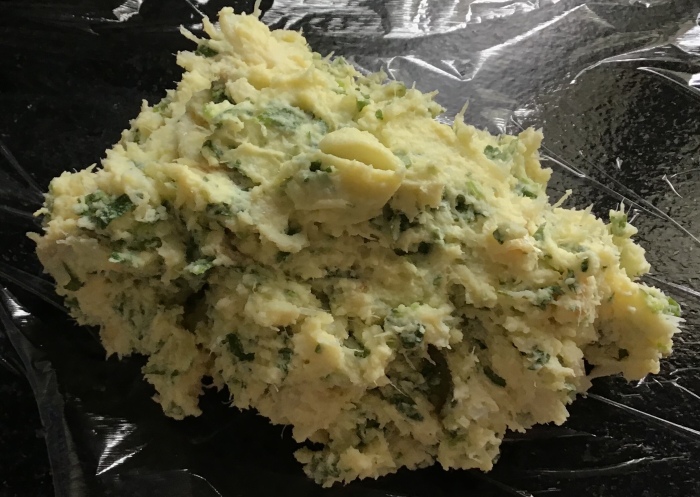 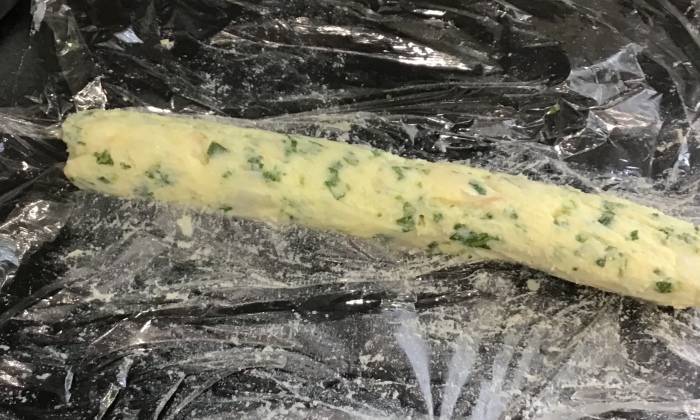 Refrigerate for an hour or so and then roll out into a long sausage. If it is done on cling film, easy to do and not much mess. Cut into sausage lengths, beat and egg, and dip the croquettes first in the egg wash and then into dry breadcrumbs. I prefer Panko crumbs (Japanese) but sometimes they are just a bit too chunky. 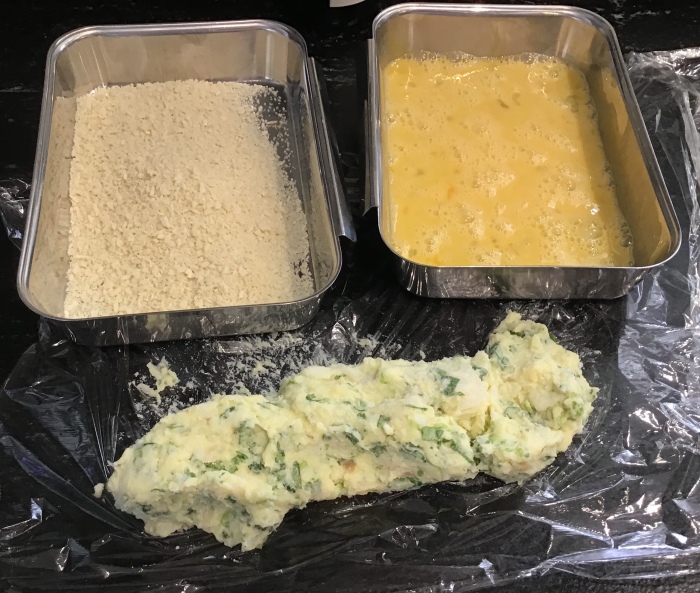 Heat some oil in a frying pan and when hot fry the croquettes turning so all sides become brown. 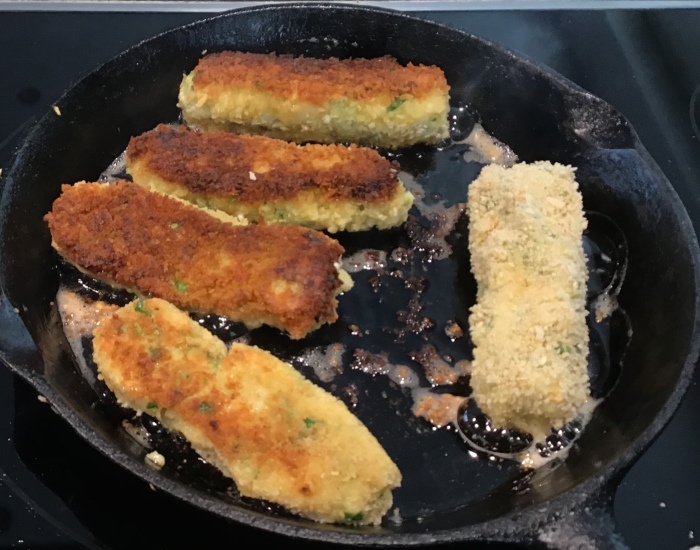 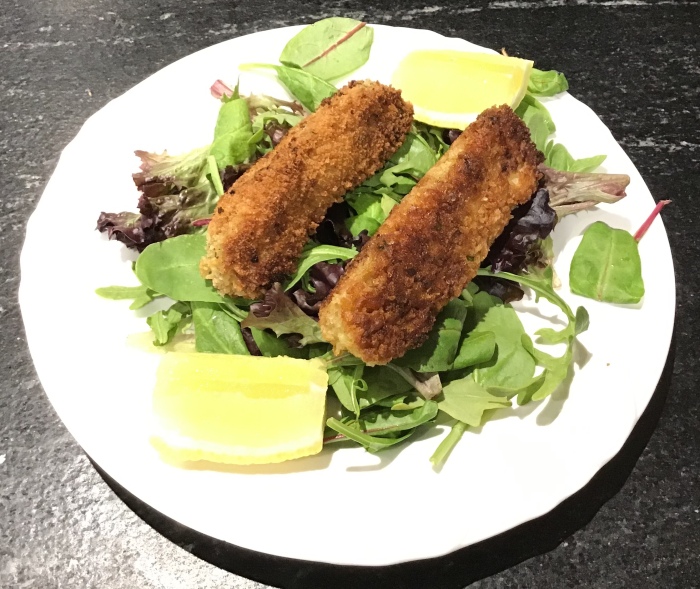 Serve with a salad and preferably a remouldade sauce or just lemon wedges and a vinaigrette.

Also on our Portugal trip we came across in the town of Aveiro, “Ovos Moles de Aveiro”. These sweets were created in 1502 by Nuns ( who else) and they are on the outside, Rice paper and a mixture of eggs and sugar on the inside. And they do look like eggs! They were awarded in 2008 the EU Protection of Origin. The first Portuguese bakery to be so honoured!

To be honest, I tried one, himself had a nibble, way too sweet. And as for Aveiro, a cute town, impossible parking and full to overflowing with Tourists. It is called the Venice of Portugal, with its canals, and boats, cute and busy, we didn’t linger. 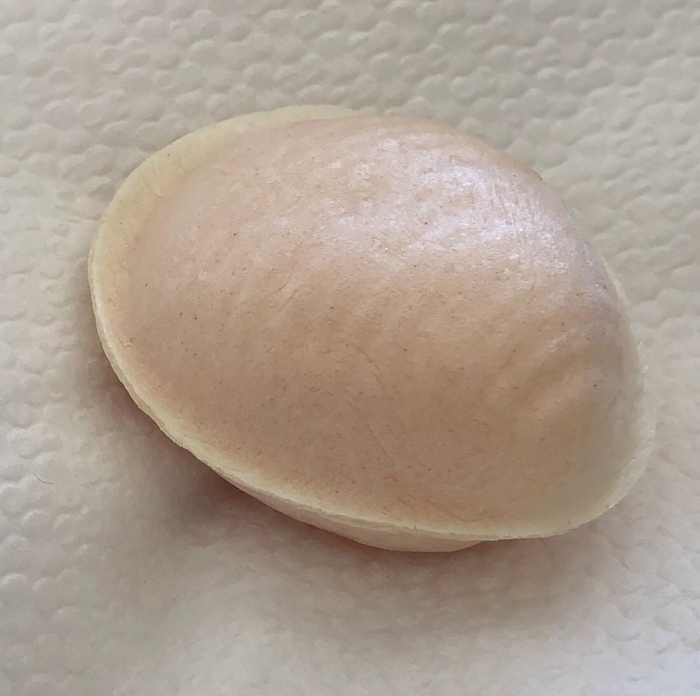 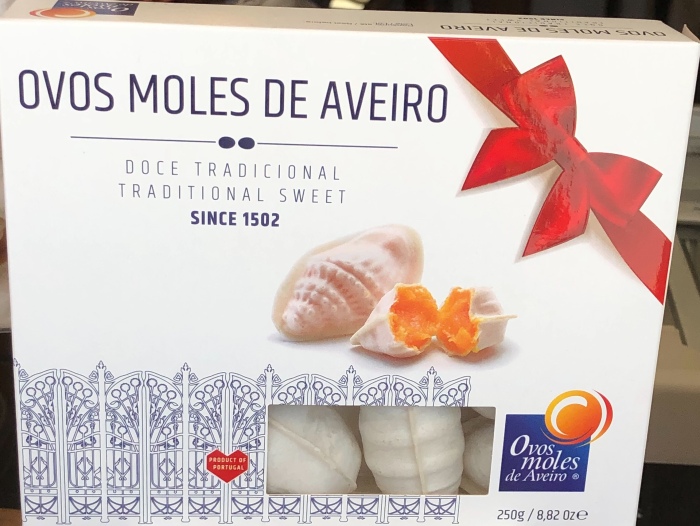 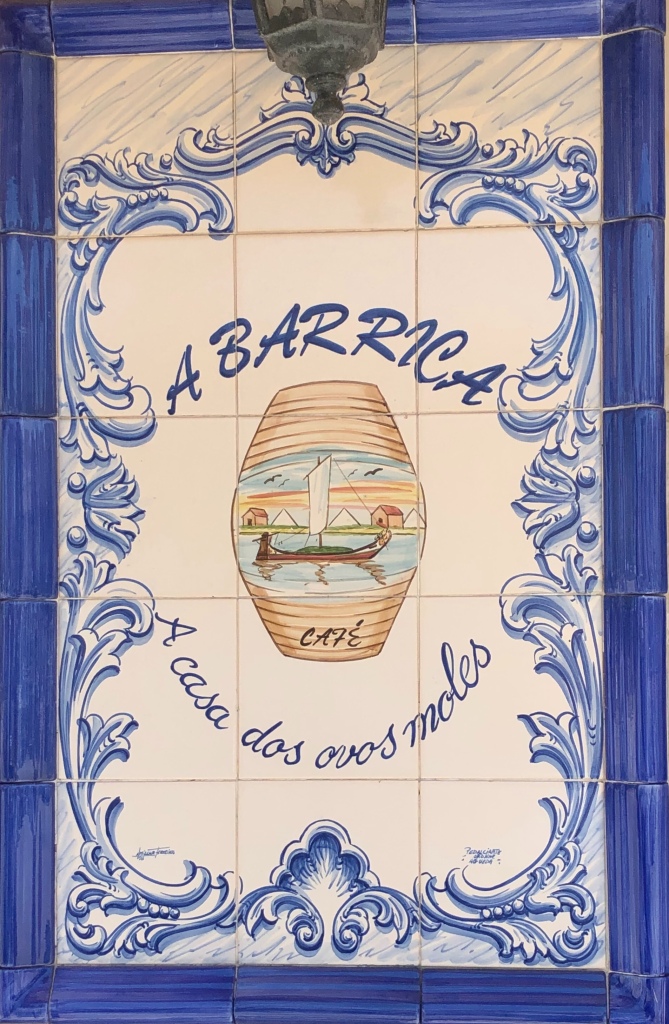 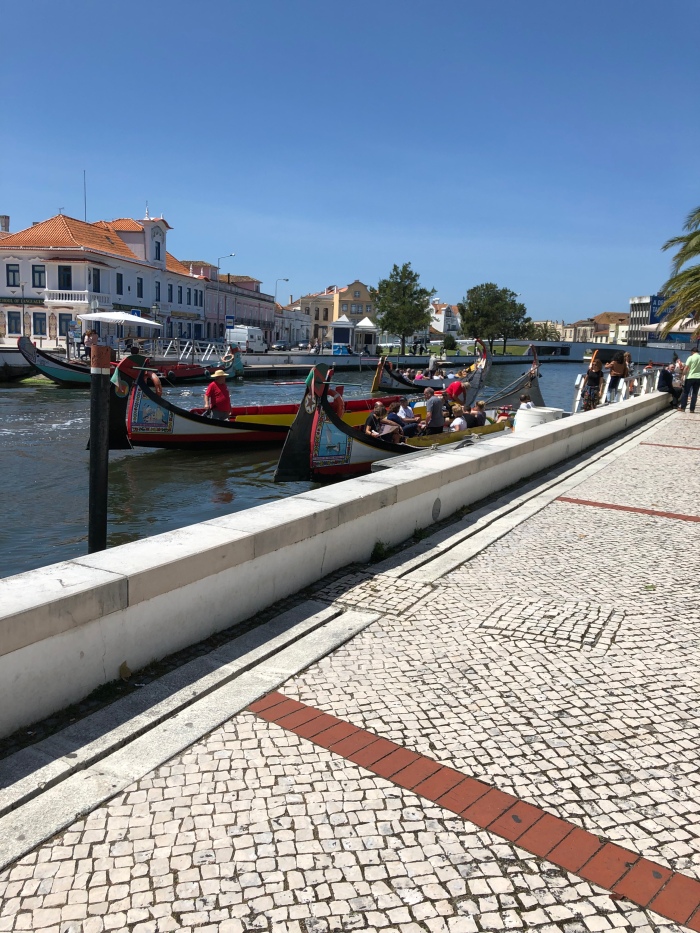 One thought on “Bacalhau ( Salt Cod, to you and me)”