Skip to content
Oysters and Champagne in Food and restaurants March 10, 2019 483 Words

Saigon, or as it is officially called, is Ho Chi Minh City, but the airline code is SGN and the locals still call it Saigon. The word Saigon conjures up different images than the words Ho Chi Minh City. For me it conjures up awful images from the Vietnam war, that were shown around the world, images from the show, Miss Saigon and images of a beautiful land and beautiful people.

Arriving in Saigon, those images are thrown out of the window. It starts at the airport, enormous queues and people everywhere. Once outside your senses are attacked by the people, the noise and the traffic! Traffic in the form of SCOOTERS! Not the kind that kids ( and some adults) push along with one foot, but the petrol powered type. Apparently there are about 9 million people in Saigon and about 6 million scooters! Scooters, scooters everywhere, jostling for position on the roads, on the pavements and at the traffic lights ( that is if they care to stop)! 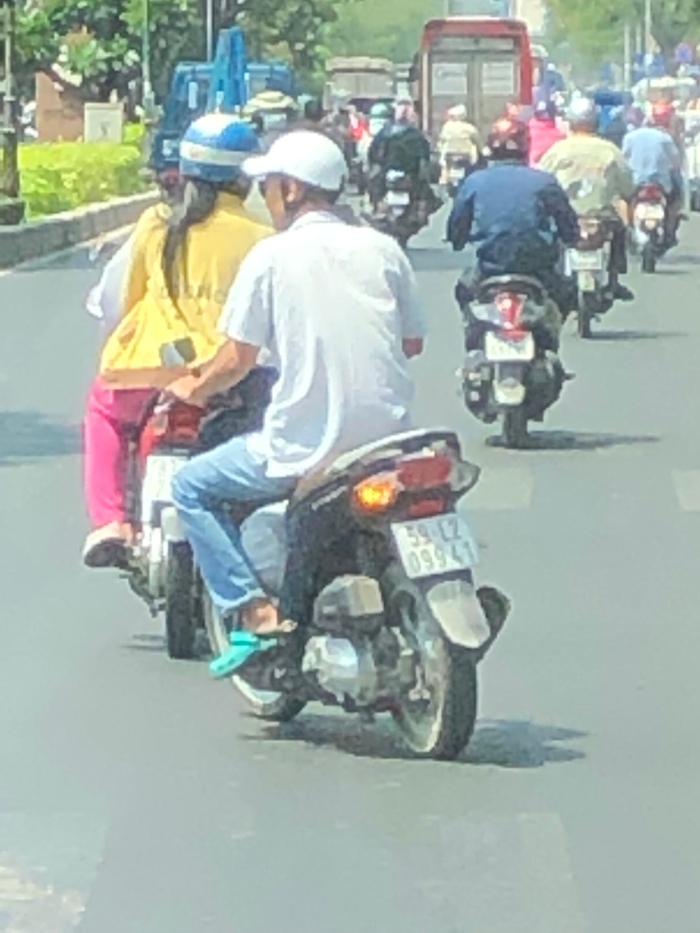 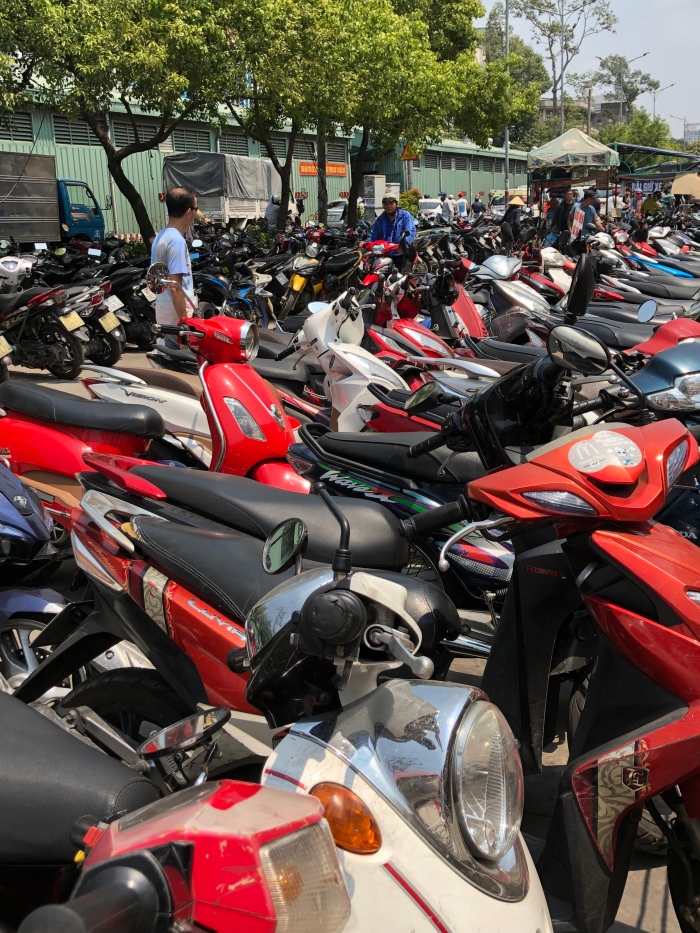 And that is it, If they care to stop. Priority seems to work a) on size, b) on speed and finally on dare do! No one stops at junctions, unless everyone else has stopped, then it is who can get to the front fastest ready for the take off! Whole families ride on one scooter, 3, 4, 5 or even 6, Mom, Dad, and little ones. Some even ride side saddle! And everything is transported around the city, piled sky high on the back of these machines! They even have the equivalent of Uber. It is called Grab Bike, 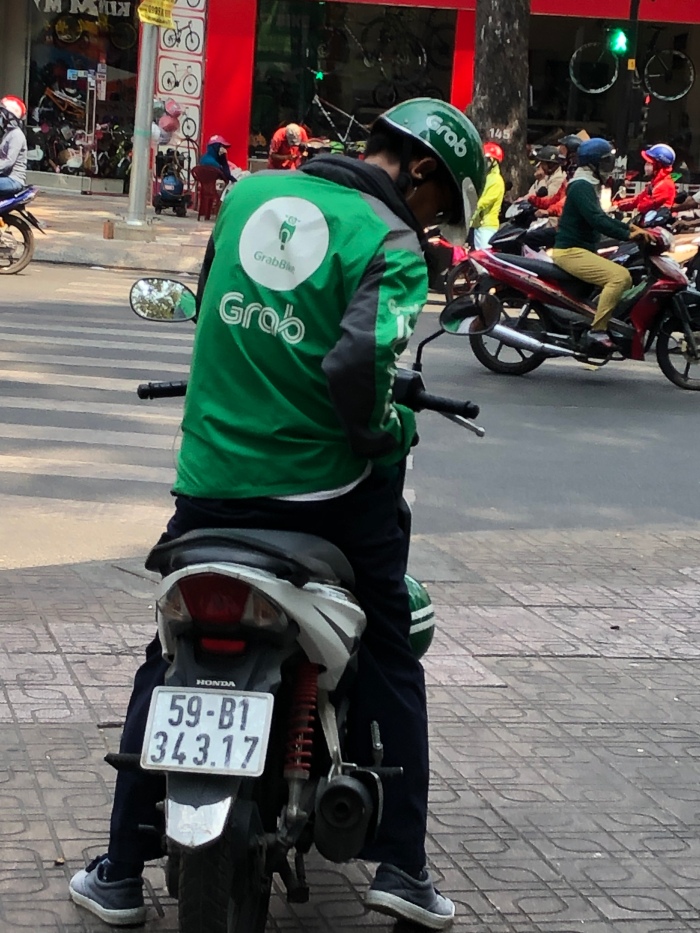 they wear green jackets and carry spare ( green ) helmets, I hasten to add we did not summon up the courage to give this hailing service a try! And how does one cross the road, you ask? Very simply, look for a vague gap in the traffic, put out one hand and WALK at a steady pace, and they will STOP or slow down or go around you ! Easy? Yes!

We visited the central market in Saigon, which has to be the home of everything that a modern Vietnamese family could ever want. Although they were in principle wholesalers, ( goods were stacked onto the backs of scooters to be distributed to small shops elsewhere in the city) there were it seems small time buyers as well. ( we didn’t buy anything) 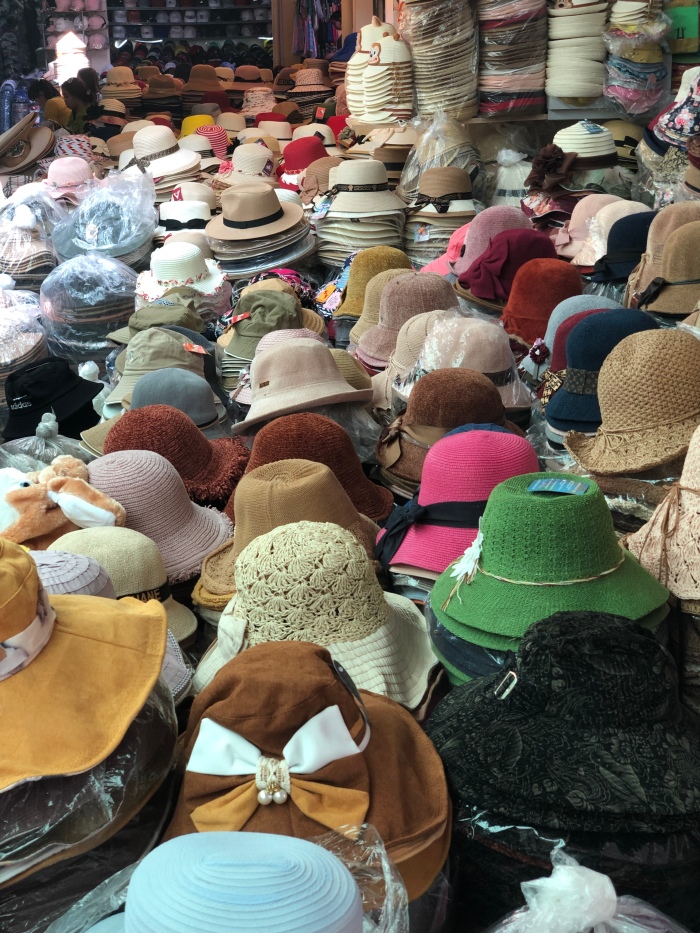 We also visited the towers large market in Saigon, where ” Everything is Fake”. We were accosted on all sides by vendors, selling every from designer clothes, to shoes, to handbags, to watches! There were some real things as well, namely the crabs and the fruit. Again we did not buy! 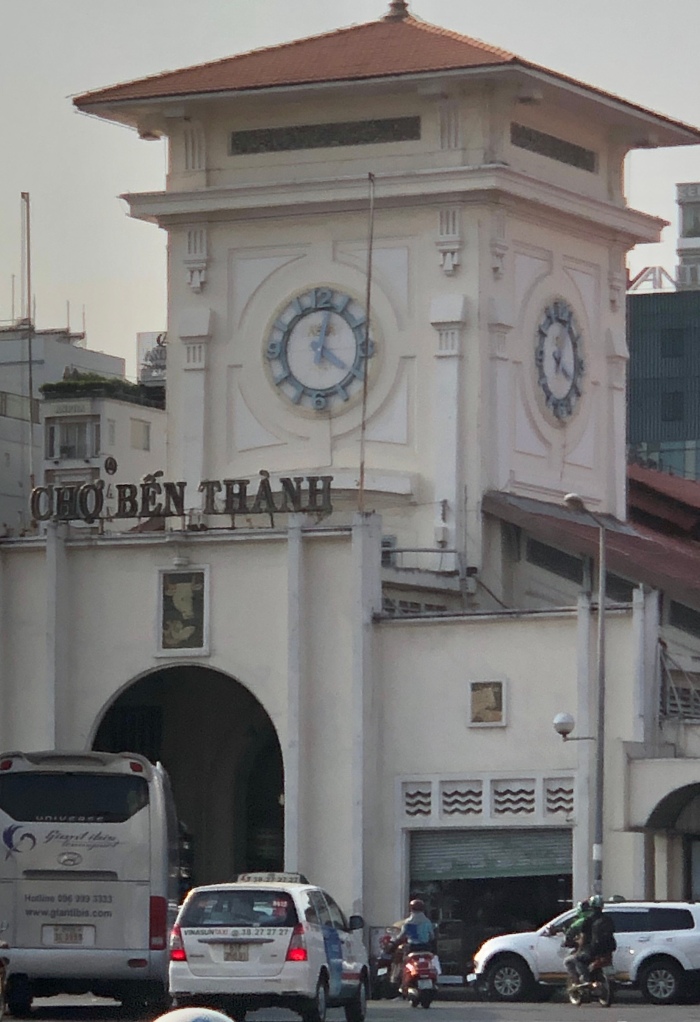 Coming up will be a tour of the nighttime street food markets! Fascinating to try all of the different foodstuff along with a local guide. Some of the eating places we would have never have tried if it had not been our guide.

One thought on “Everything (except food )in Saigon!”