Skip to content
Oysters and Champagne in Food and restaurants March 31, 2015 694 Words

Pearl S Buck , the Pulitzer Prize winner, wrote many many books, but the one which won this prestigious prize was called, The Good Earth.

Recently dear friends invited us to join them at a restaurant in Chelsea , London called the Five Fields. For some unexplained reason, I associated the name with the book, The Good Earth, and consequently imagined it to be an upmarket Chinese restaurant. Having “done” Michelin starred Indian and gourmet Spanish in recent weeks, I thought this could be fun!

Fun, it was but Chinese, it was not!

Five Fields is an up market British restaurant a short walk from Sloane Square underground station, and is named because once upon a time this area was called Five Fields or Ebury. However in 1666, it belonged to an heiress Mary Davies, who at the age of 12 married Sir Thomas Grosvenor. Other areas of London which were fields ( well most of it in fact) were Tyburn ( now Marble Arch) where public hangings took place and Buckingham Palace was a country estate surrounded by fields, and there were only 2 bridges over the Thames. All of this can be seen in  map created by John Roque in 1746. Fascinating stuff, but I digress.

So back to the restaurant Five Fields. A small elegant restaurant down a side street, the decor is smart and only seats about 35/40 people, the staff are very attentive and friendly, but not the ‘ in your face’ sort of way. A couple of years ago, it was the home to a Spanish restaurant, but after an extensive makeover became Five Fields. 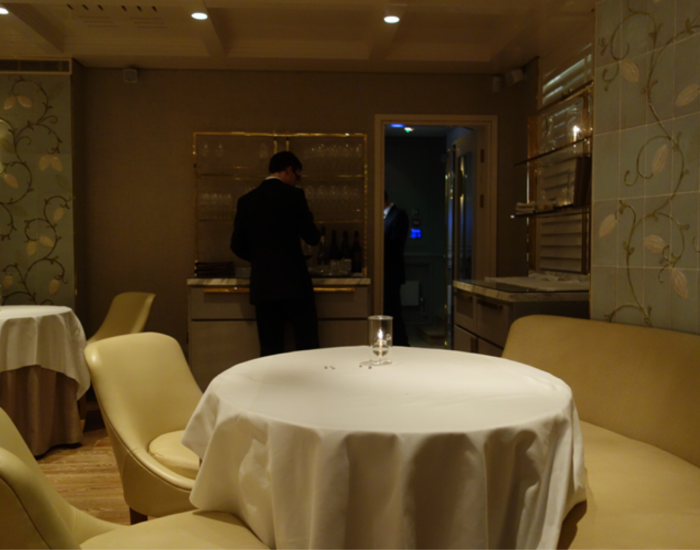 The tables are nicely arranged in tows and fours but presumably they can be re arranged to accommodate 6.

Let us start with the wine list, a very nice wine list indeed but with a mark up of about 3 times retail . I understand that restaurants have to make money somewhere, but given that retail prices include a profit, a 3 times mark up is a bit excessive. However it was still very nice.

The menu for such a nice restaurant is £55 for three courses and is innovative. Although as you can see from below, it needs a little translation or understanding! 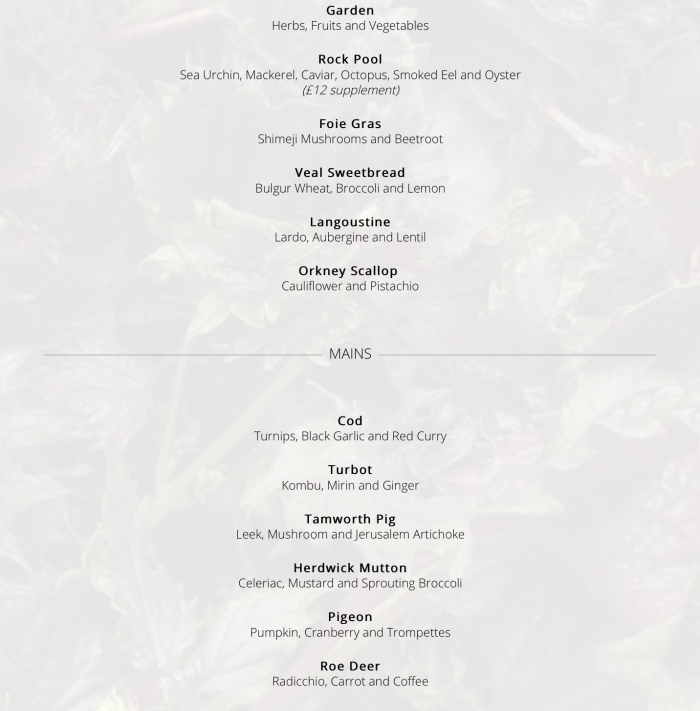 So for starters, we chose the Fois Gras with the beetroot and the Sweet breads. The fois Gras was amazing actually with what looked like a small beetroot, which was in fact the fois Gras, which I presume was wrapped in a coating of beetroot, , absolutely delicious . The sweet breads were equally good, looked beautiful, decorated with small flowers. 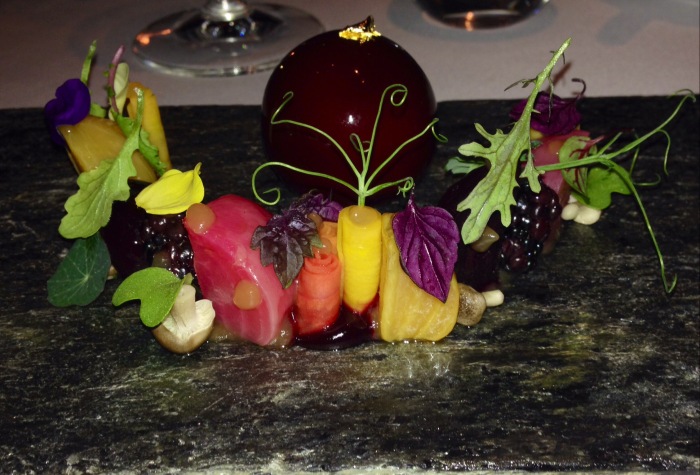 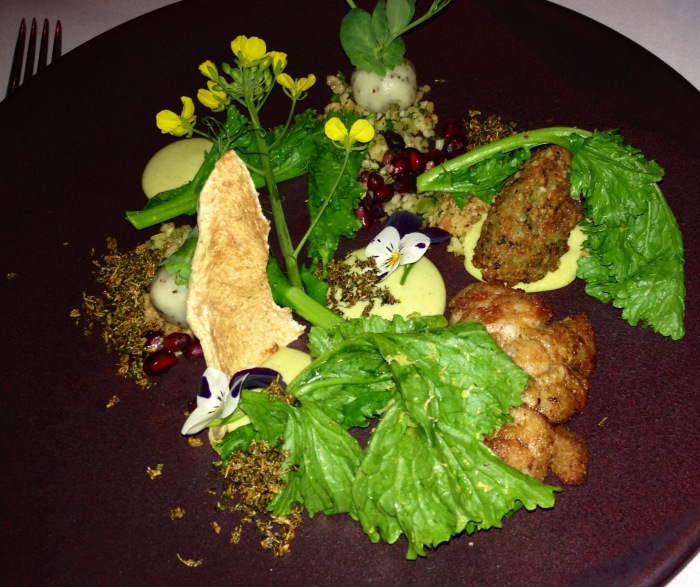 For the main course, tow of us chose the Roe Deer, one the Cod and one the Herdwick Mutton. Once upon a time, the word Mutton conjured up, something old and tough and almost inedible, a really cheap cut of meat, that would be stewed for hours along with some root vegetables, and usually not very tasty at all, but would feed a large family relatively cheaply. For the most part today, sheep meat is lamb, young and tender,mount with modern farming methods and the trend to re-introduce rare breeds and old fashioned cuts of meat, Mutton has once again hit the menus, but rest assured it is nothing like it was before.

The roe deer, was melt in the mouth and served rare. And the cod, which apparently was wonderful even though the portion was very much on the small side . 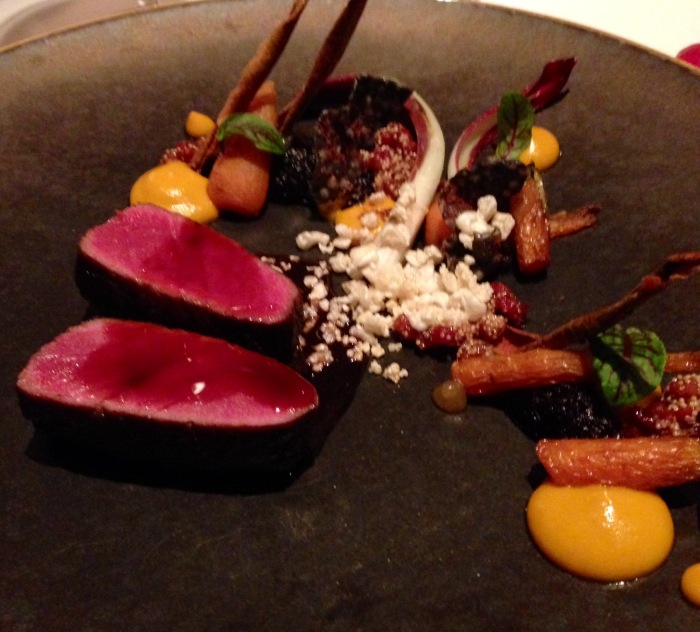 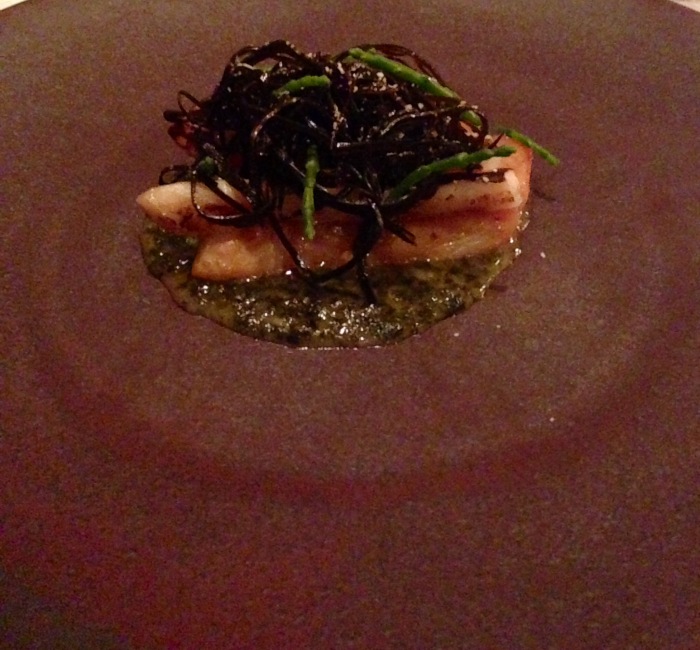 The dessert menu, really did need some deciphering, and so we more or less took pot luck, how difficult is that? 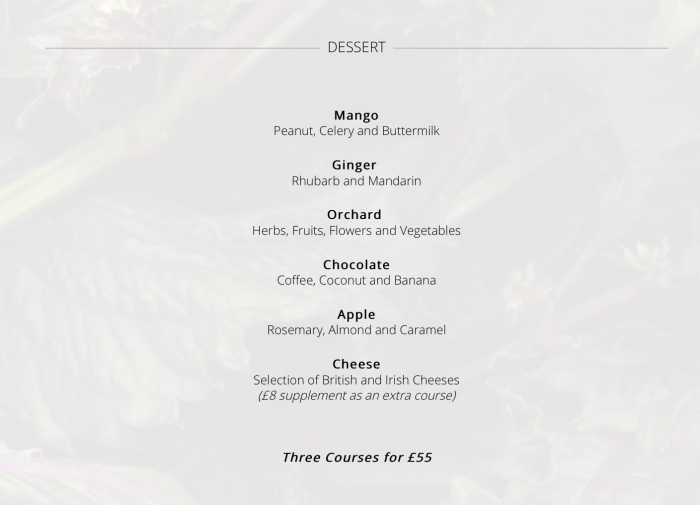 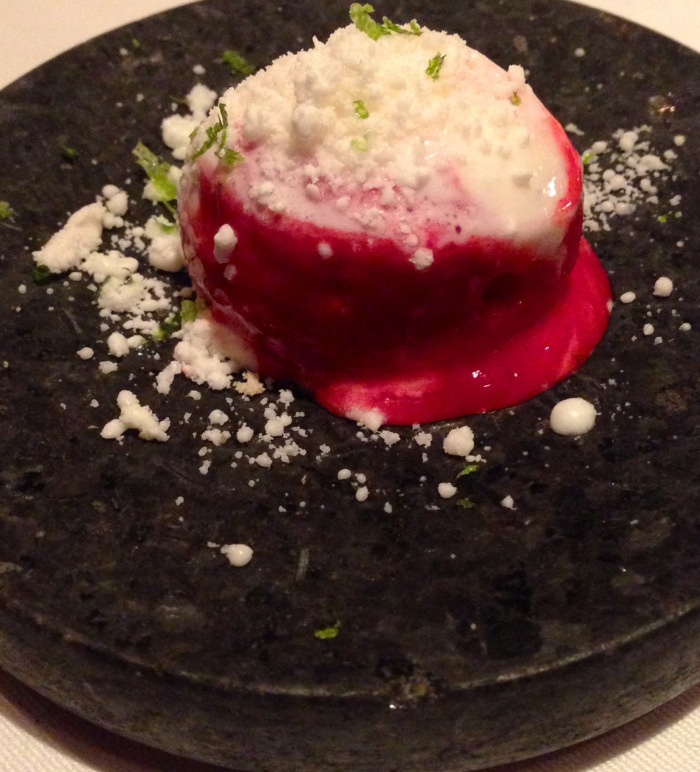 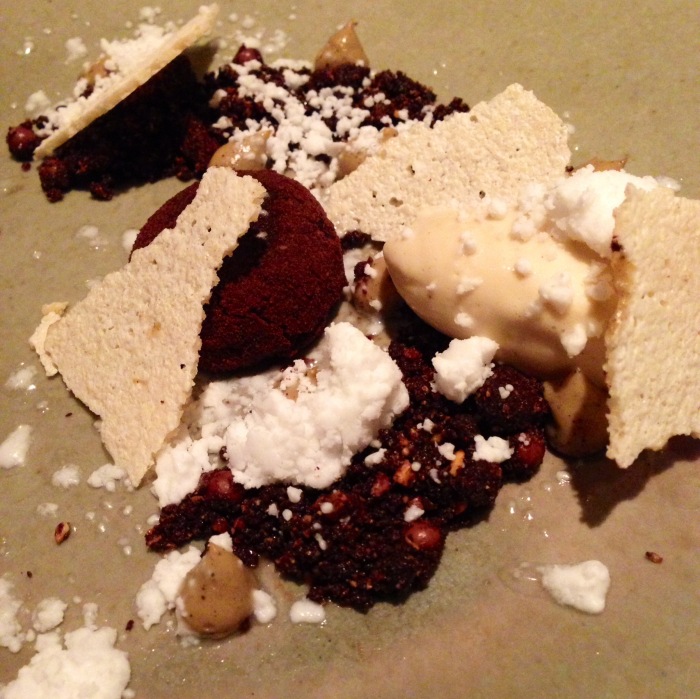 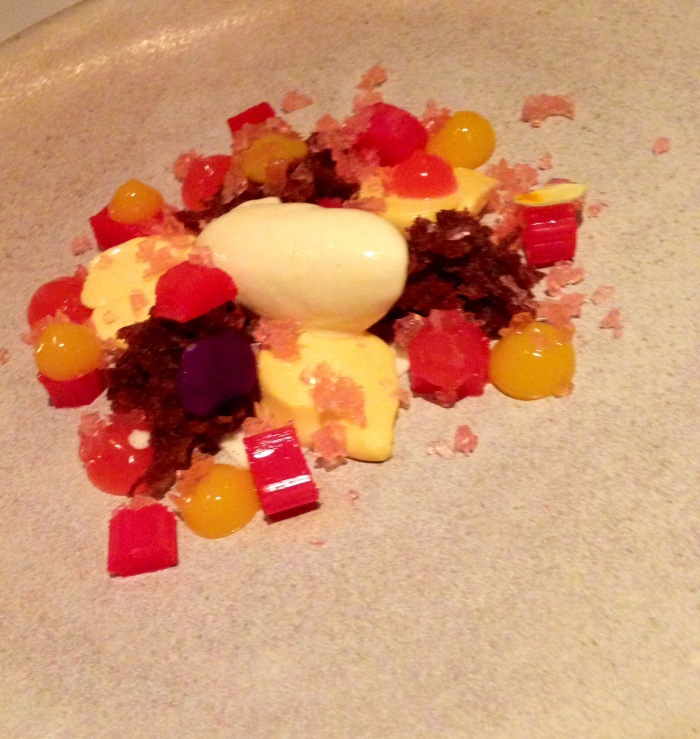 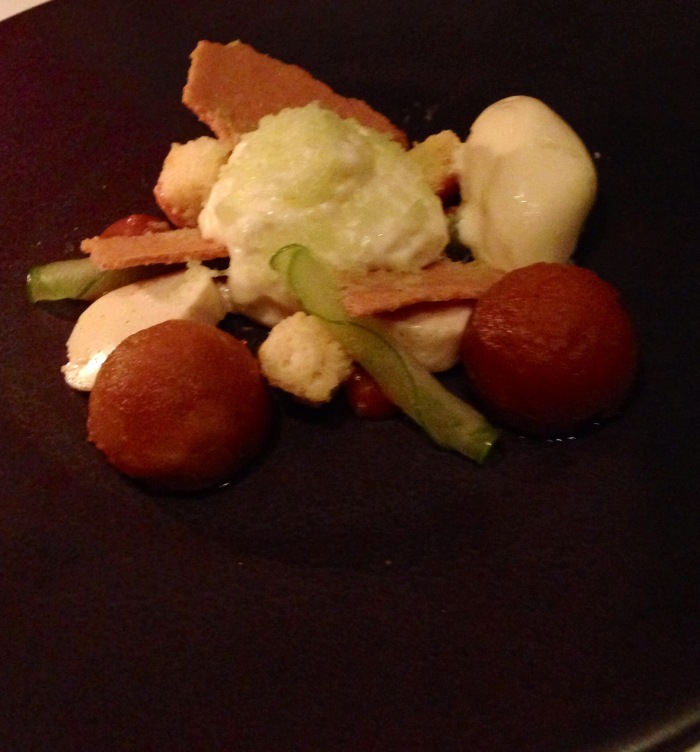 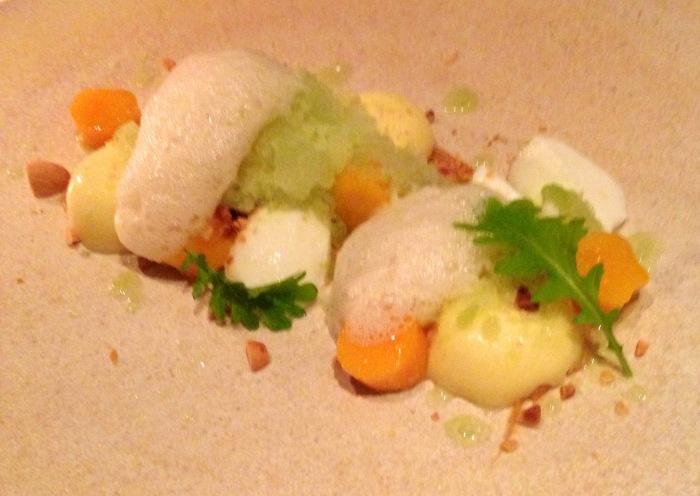 I seriously can not remember which one is which, however they all looked beautiful, I do know that I ate the chocolate one, Which was divine, and given that a) I do not have a sweet tooth and b) that I do not normally eat desserts, that is praise indeed . Would I go again, yes ( with reservations ie the price of wine) and would I recommend it and that is certainly a Yes.