Skip to content
Oysters and Champagne in Food and restaurants November 11, 2020 291 Words

On my daily walk, I did a detour via my local upmarket Supermarket. The first time there since early March! It would appear than many others have not been near either, as things like raspberries, strawberries and much of their fresh fruit were all marked down.

En route to said Supermarket I passed a dress shop and there it was , my Christmas Outfit! I have wondered how the fashion writers in newspapers managed to keep their MoJo up during this time, winter boots here, the newest coats, dresses there, but who goes out? Not us! But here it is, a Christmas Outfit! 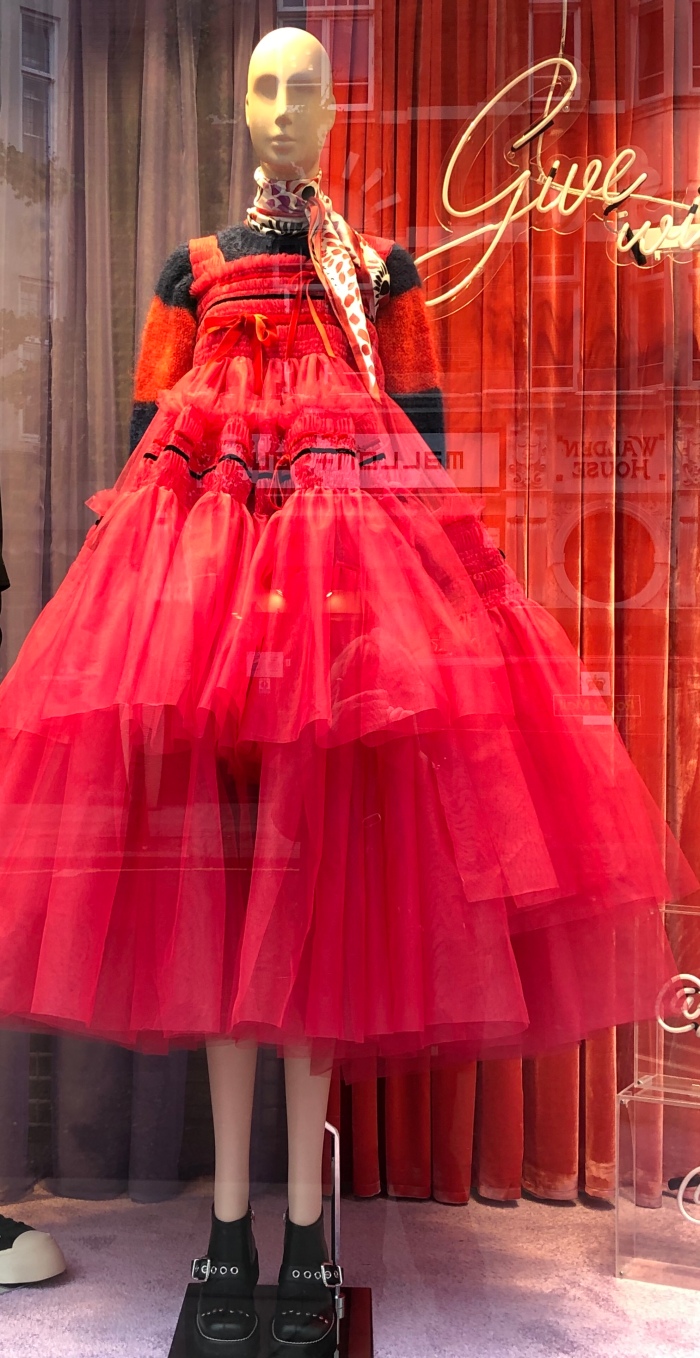 Today, Himself decided it was his turn to cook, so what was it to be? He wanted to do something on the BBQ, but what? The main question was what to take out of the freezer. Tomahawk pork chop was the answer. What on earth is a Tomahawk Pork Chop. Well just a really big pork chop! Not sure why they were in the freezer, but there they were. Himself was intrigued. A marinade is called for and sous vide cooking.

His marinade was the following:-

Mix all of the above together, then put the pork and the marinade into plastic bags and seal. If using a sous vide machine put them into the sous vide at 145 C for 2 hours.

If just marinating cover and refrigerate for up to 24 hours.

Drain off the marinate and grill on a BBQ for only about 10 mins each side.

We served with some Lime and coriander butter, beans and potatoes. 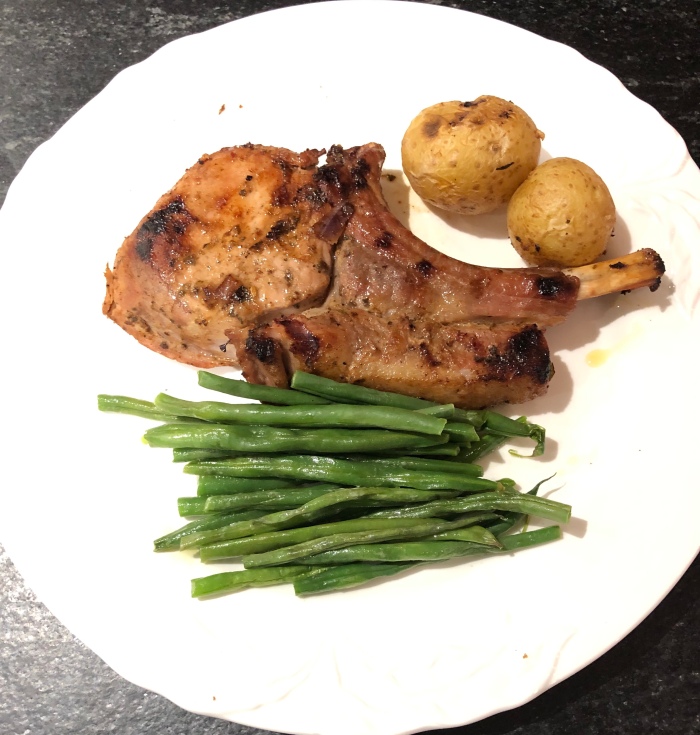 2 thoughts on “Is this my new Christmas Outfit?”