Skip to content
Oysters and Champagne in Food and restaurants November 16, 2019 753 Words

After 24 hours travelling we arrived in the driest place on earth. San Pedro de Atacama. San Pedro, itself is a bit of an oasis, surrounded by mountainous Desert and volcanos. And some of the volcanoes were puffing up little wisps of smoke! 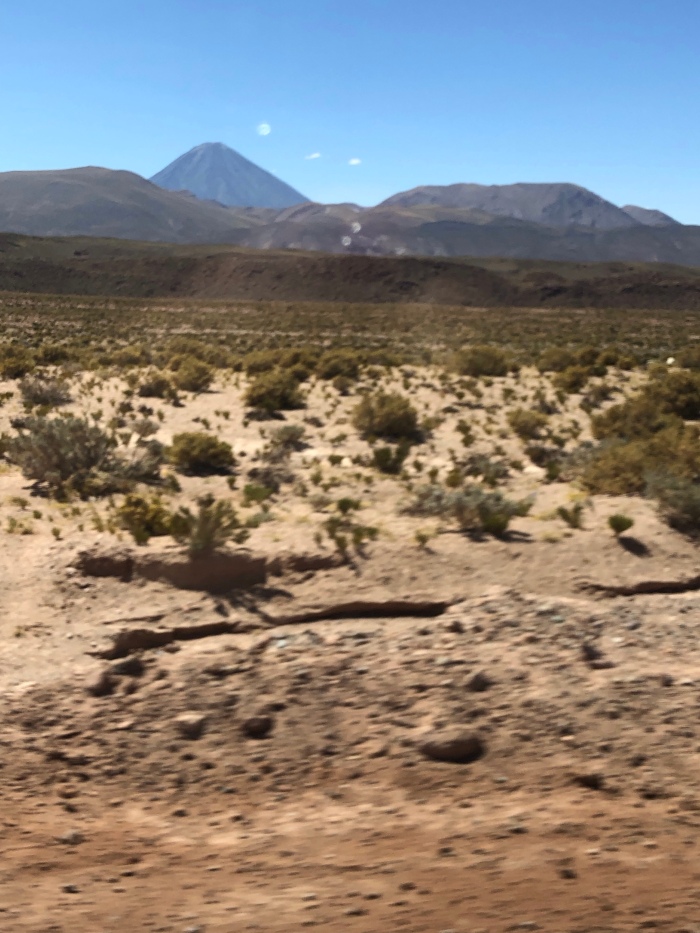 If Bumpy roads are not your thing, then it is best to avoid the trek here, most of the roads are extremely bumpy and high , we went up to 4,500 meters, so shortness of breath could also be a problem.

Those facts aside, it is the place to come to see Andean Flamingos, in all their glory, Geysers, spewing and gurgling, Llamas roaming free along with Alpacas, Vicunas and Guanacos, which believe it or not are the parent species of the Llamas. One has to look hard to see other species, including Andean ducks, wild ponies and many endangered animals. A visit to the salt flats, a must as is the Moon Valley, the Rainbow Valley and star gazing. For those more intrepid of you, bike riding ( at high altitude) horseback riding, hiking and even sand surfing.

For our few days here, we have eaten well, out and about our guides have conjured up a veritable feast, whilst waiting for the sun to go down, or a breakfast after travelling up to see the geysers, before the noonday sun drives them away.

The menu in the restaurant was limited, a meat option, a fish option and a vegetarian option, so who could complain? I saw some people not choosing one of these options but eating a salad instead, so something for everyone.

On one night we both chose the King Crab strudel, a bit of a misnomer, but nonetheless very nice and would be oh so simple to replicate in the home kitchen ( note to myself to do this when I am back home). It was in fact a flour tortilla which was stuffed with King Crab and vegetables, rolled and cut into thick slices, served on a shrimp bisque with avocado.

I then chose the Mahi-mahi, a fish which whilst living in Texas I never chose, it was usually dry and just not very exciting, this was different, it was grilled and served with caramelised small onions, sundried tomatoes and courgette slices. This changed my mind to eating Mahi-mahi, and will be tempted to eat it again.

What is Mahi-mahi? Mahi-mahi  can be found in the Caribbean Sea, on the west coast of North and South America, the Pacific coast of Costa Rica, the Gulf of Mexico, the Atlantic coast of Florida and West Africa, South China Sea and Southeast Asia, Hawaii, Tahiti, and many other places worldwide.So in fact a very important food fish, but it has several other names, such as dorado or dolphinfish ( but it is NOT Dolphin).

Himself chose the the deer stew, which had been cooked in Chilean wine.

Another day, rather bizarrely, we both chose the Lobster Tail, served with sriracha butter and asparagus. For the main Himself again chose the meat option which was Ostrich, and apparently it is farmed in Chile, served with sweet potato and walnut ravioli ( another must try at home). Meanwhile I took the Peruvian Fish Stew, it really was like any other fish stew, I would have thought it might have been a bit more spicy, but it was really very enjoyable. 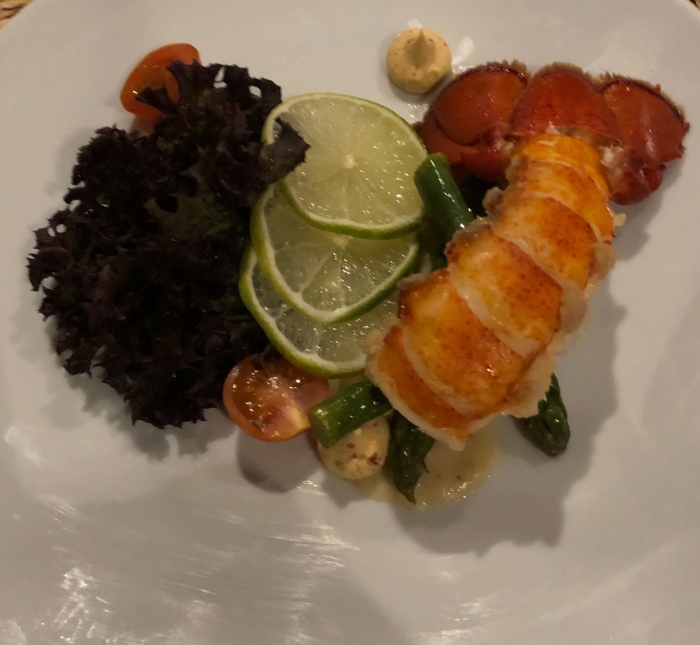 On other revelation, was at breakfast , Raspberry Juice, Umm I could easily have that on a daily basis, but with the cost of raspberries, maybe not.

They also served a variation on Bircher Muesli. It contained grated apples, and was served warm, so this another breakfast option at home.

And the Television? Didn’t have time to miss it, as we were just too busy! 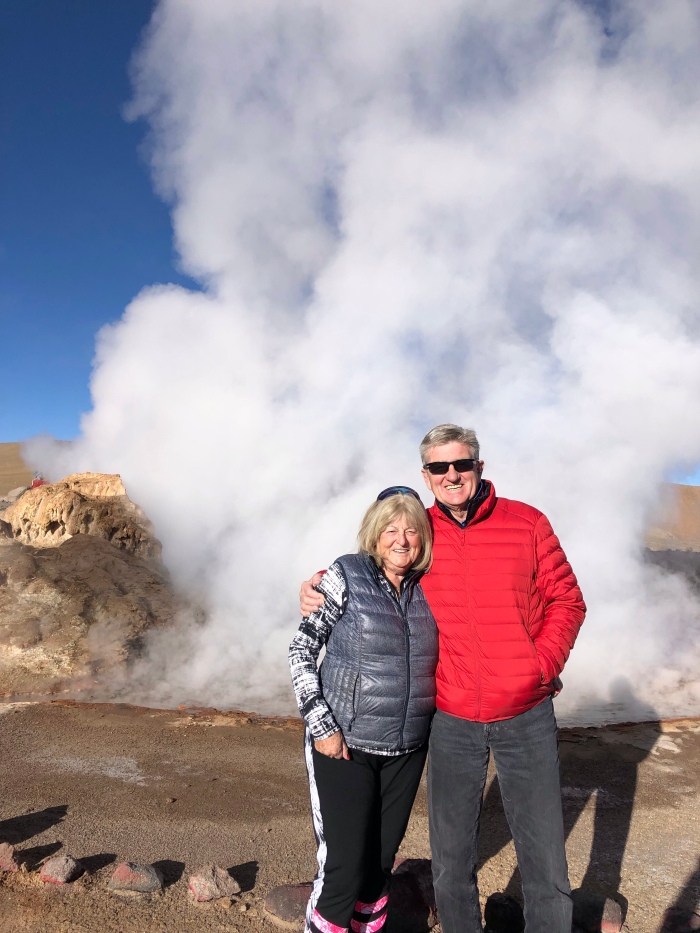