Skip to content
Oysters and Champagne in Food and restaurants March 23, 2018 491 Words

Leaving the glitz of Las vegas behind, we now had a new plan, as we were ahead of schedule due to the snowfall in and around the Grand canyon. So where to go and what to do next. I had seen a programme on TV about one of the Californian Mission towns, San Luis Obispo, but himself seemed less than keen, until Yosemite came into the equation. The national park more or less on our route, home to El Capitain and the giant Sequoias.

Below is the view of Las Vegas with some Retirement homes in the foreground. 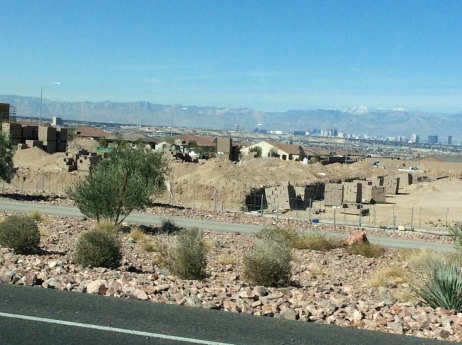 retirement homes with Las vegas in the background

We set our from Las vegas, for the 300 mile trip to Bakersfield, our destination for the night. We travelled along Interstate 15, which went through the Mojave National Preserve ( ie read desert). The Alternative route was to go via Death Valley, which is much slower and although we were not in a hurry, it was a lot slower, and besides we have driven that route once before. About 60 miles or so into our journey, and remember this is desert, it looked like a mirage upon the horizon, the closer we got the more bizarre it appeared, and there on the State line, were Gas stations, Amusement parks and yes more Casinos! 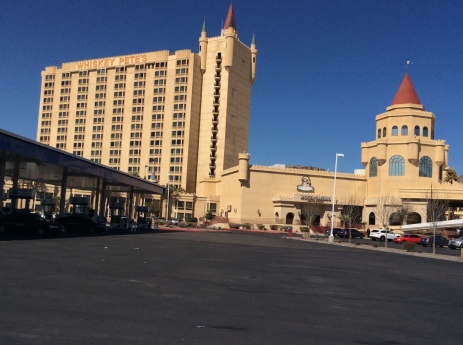 Here  are views of the desert, which includes casinos on the State Line, a Solar Panel Farm ( presumably with Chinese Solar Panels, an aeroplane graveyard, an isolated community and a lone cow!

Travelling this route apart from desert and more desert, we were on the lookout for somewhere to stop and have a coffee, preferably not a Starbucks, but at this point anything might do.And there it was a BillBoard or two. Billboards are everywhere in the USA, even in the desert, if you have seen the movie Three Billboards outside Ebbing Missouri, then you will understand. Our first sign of such a Bill Board, was ” Peggy Sues Diner, 75 Miles ahead, or Big Fat Greek Diner, 65 Miles ahead!. We came upon these diners, literally i the middle of nowhere, we did not stop.

Finally we came to Bairstow, a one eyed town, or so we thought. I do it an injustice, according to Wikepedia, it has a population of 22,00, came to promince because of gold and silver, there is an army training ground nearby, a huge train depot and 20000, tourists on tour buses. What do they do there? I ask myself, there wasn’t any to make me linger ! It has about a dozen fast food outlets, including a Starbucks, which we did not see and a Jack in the Box!! I have never been in a jack in the Box, before and not sure I will again. A fish burger and an Iced Tea and we were ready to move on. 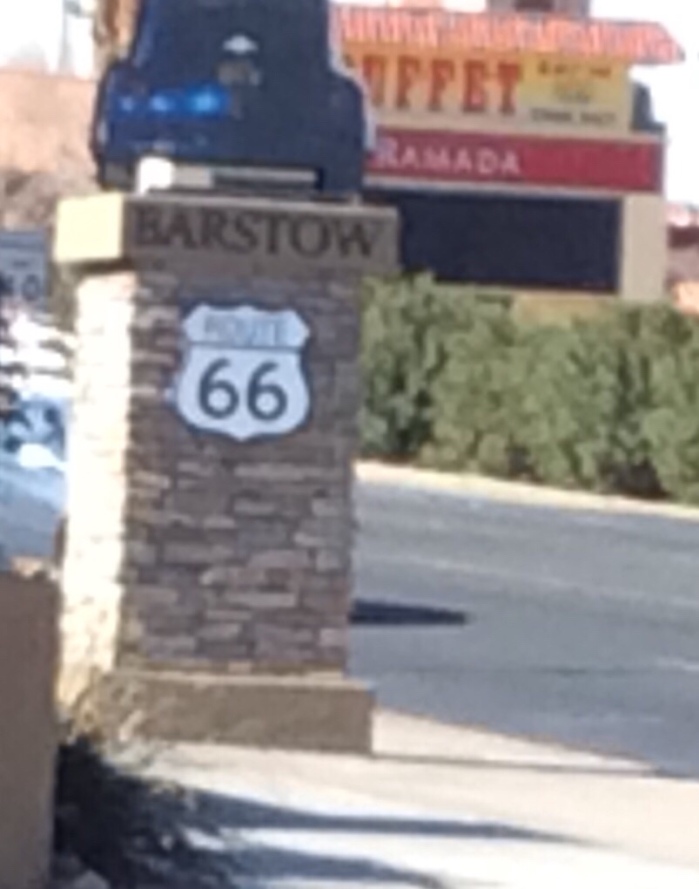 And move on we did, to Bakersfield California, Dwight Yokem once had a hit song about Bakersfield, not sure I remember it though !